Heartwarming / Heart of the Woods 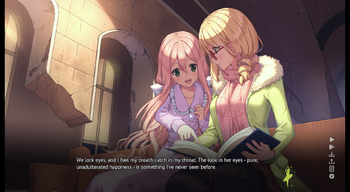 "We lock eyes and I feel my breath catch in my throat. The look in her eyes- pure, unadulterated happiness- is something I've never seen before."