WARNING: Tropes names will not be spoiler-tagged. Watch out for unmarked spoilers in the folders below.

This is you, a human girl who decided to go to the St. PigeoNation's all-birds school. 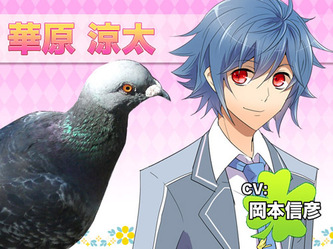 He has been friends with Hiyoko since he was a chick when she found him on the ground and returned him to his nest. 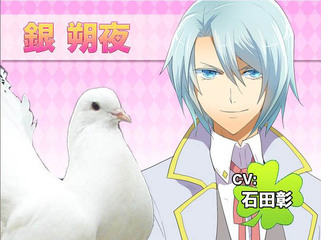 The president of the student council and heir of a wealthy family, he's extremely snobbish and looks down on anyone he perceives as inferior to him, which is almost everyone else. 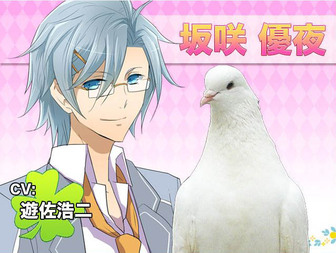 He is the half-brother of Sakuya and is very popular and suave. 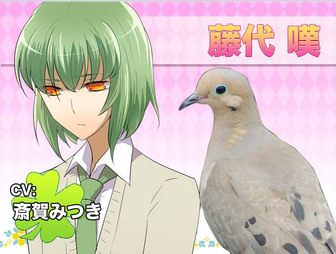 This quiet dove spends all his time in the library. 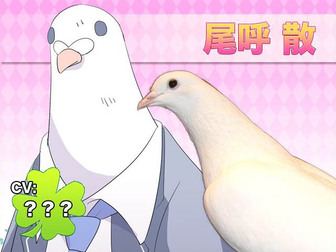 , supposedly. Hiyoko does note that he doesn't look like one.
Birthday: July 12
Activity: Track

He is the captain of the track team and is dedicated to pudding. 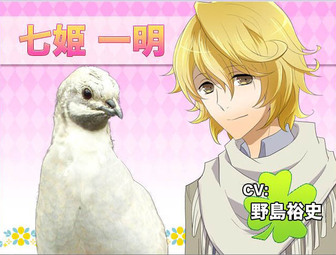 He is the homeroom teacher for your class and specializes in math. 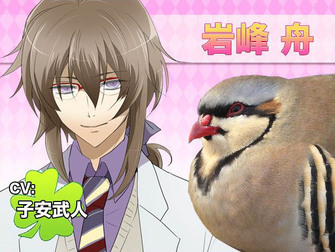 He is the school doctor and is well-known to be extremely creepy. 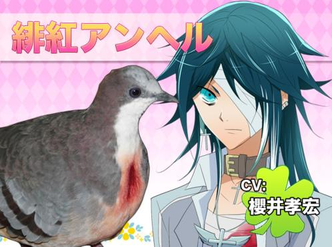 A literally bleeding-heart bird who only appears in the full version of the game and proclaims himself to be a fallen servant of God. 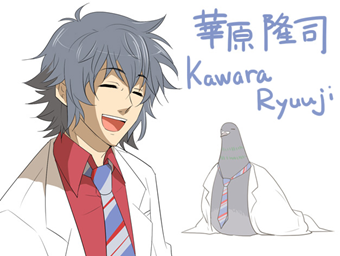 Ryouta's father, who died when he was young. 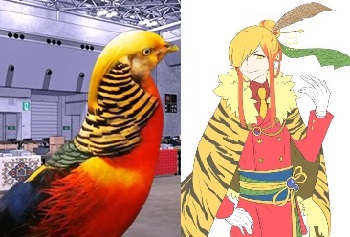 The editor-in-chief for Golden Weekly, a manga magazine. He scouts Anghel as a potential contributor to his magazine, citing his artistic potential. 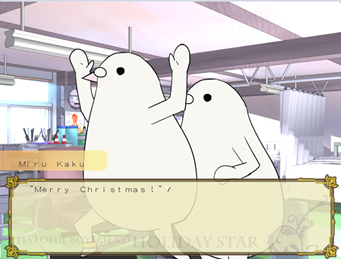 Rambunctious twin children of an indeterminate species. They are never seen apart from one another, and they have an obsession with Christmas. 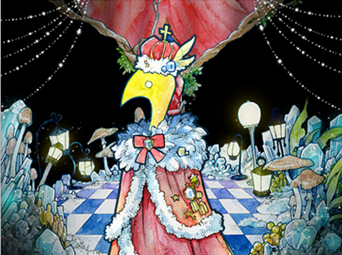 Species: Onryō (was a King Quail like Hitori Uzune when alive)

The King appears prominently in the last two chapters of Holiday Star, which are each quite long. During a collective dream, our heroes meet The King on the titular fantasy world of Holiday Star that he rules. Needless to say, just like Nageki and Kazuaki above, this character requires many spoiler tags in his section. 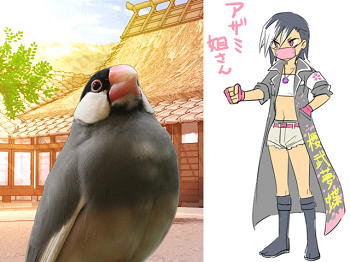 A sparrow Hiyoko meets over summer vacation whilst out running. She makes her living selling takoyaki. 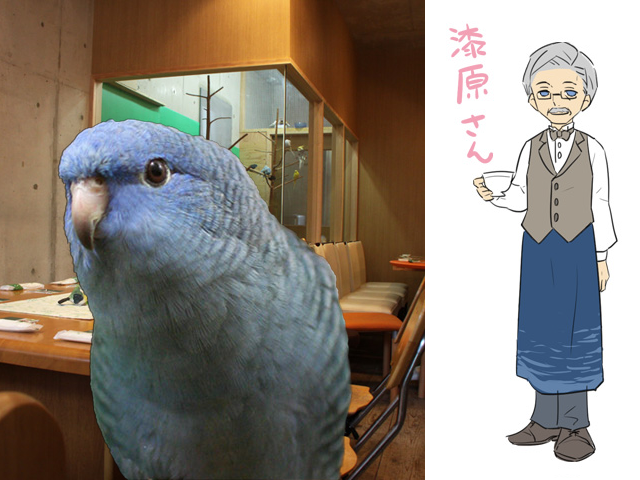 The manager of a cafe Hiyoko can choose to work at over the summer. 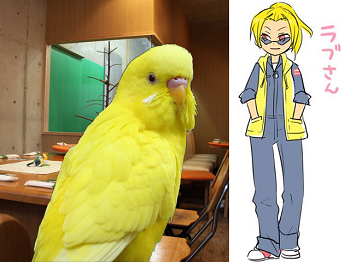 A frequent visitor to Mister Urushihara's cafe, whom Hiyoko becomes acquainted with should she choose to work there. 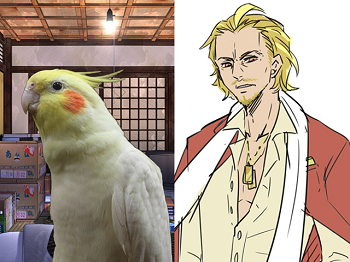 The school janitor, known for being somewhat unsociable. He is an Ascended Extra in the Bad Boys Love route.