General
Widely regarded as the best high school team in Tokyo, the Ojo White Knights were renowned for their impenetrable defense, which made them the kings of the Tokyo Tournament and perpetual runners-up to the Shinryuji Naga at the Kanto Regional. Following the graduation of most of their best players (the "Golden Generation") a year prior to the event of the series, the White Knights were in a process of rebuilding their strength. They fought the Devil Bats in the second round of the Spring Tokyo Tournament and routed the latter. Despite this, Seijuro Shin, the ace of the Knights, developed an interest in the weak team as he lost a personal battle against Sena during the match.

By the time of the Fall Tokyo Tournament, the team had completed their training on the Balista Formation, which drastically strengthened both their offense and defense. The Devil Bats fought the White Knights once more at the semi-finals of the Kanto Regional, and defeated them after a very tough battle. 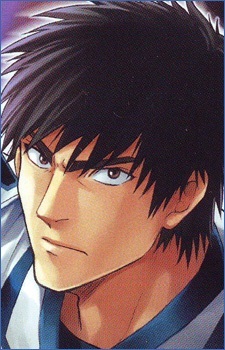 The man widely regarded as the best defense player in Japan's highschool league, Shin was a hardworking genius who was always training to improve himself. At 4.4 seconds, Shin used to hold the record of the fastest 40-yard dash, until Sena surpassed him in their first match. Since then, Shin and Sena had seen each other as Worthy Opponent and eagerly looked forward to a rematch on the field. 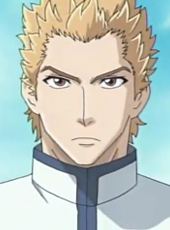 A Bishōnen model with a large number of Fan Girls. He's hyped up to be Oujou's ace, but really isn't anything special. Suffers from a lot of Heroic Self-Deprecation early on, but eventually decides to Take a Level in Badass, quit being a model, and start training seriously. 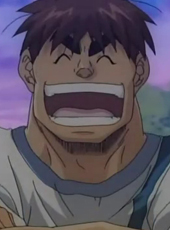 A cheerful buffoon who is Ojo's strongest lineman. He considers himself to be Kurita's rival. Has the unfortunate tendency to forget to wear pants. Despite appearances (and his lack of brains), it's actually he who is the team's captain. 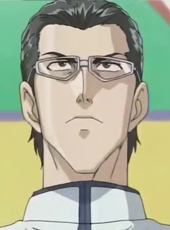 Ojo's quarterback, Takami is Hiruma's intellectual equal. He has a leg wound that keeps him from running fast, but he makes up for it with his height and the accuracy of his passes. 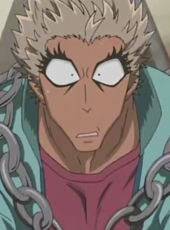 Also known as the notorious "prison chain", Ikari is a delinquent who tends to go completely berserk whenever anyone speaks badly of Ojo (or he thinks they did). He's so out of control, his teammates have to tie him up with chains to prevent him from attacking people. 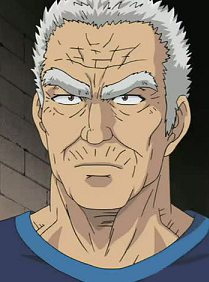 The coach of the Ojo White Knights.