General
SIC District Champions and Kanto Regional dark horses, the Hakushu Dinosaurs were, like the Devil Bats, a young team, composed mostly of first-year rookies and misfits. Led by the unscrupulous Reiji "Marco" Maruko, the Dinosaurs ran on a brutal playing style - using their gigantic lineman Rikiya Gaou to break the bones of all quarterbacks they'd faced. Having turned the SIC District Tournament into a proverbial bloodbath, the Dinosaurs were now gunning for the title of Kanto's champions, and a shot at the Christmas Bowl.
Reiji "Marco" Maruko 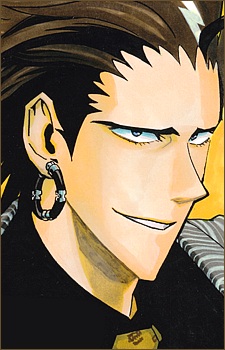 A shifty, well-dressed fellow with a penchant for colas and secrecy. Marco wants to lead a team to victory in the Christmas Bowl to impress his would-be girlfriend, the team manager, and to do that strengthened Hakushu's football team immensely. A capable quarterback, he's actually at his most effective on defense, where he follows the ball with unerring precision, before prying it out of the runner's hand with his "Screwbite". 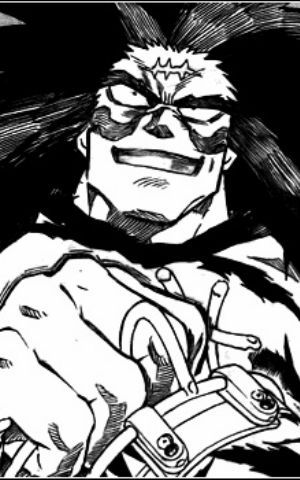 The Dinosaurs' ace player, Gaou's a massively muscular freshman who held the highschool record in bench press. Up until the game with the Devil Bats, the Dinosaurs had relied on him to smash through opponents' line and break quarterbacks' arms, causing a bloodbath at SIC District Regional Tournament. Brutal as he might be, Gaou was shown to possess a sense of honor and refused to break rules on the field (i.e., he wouldn't tackle a quarterback if the latter didn't have the ball). Also, he genuinely treated Marco as friend and had lots of respect towards the latter for his determination to win. 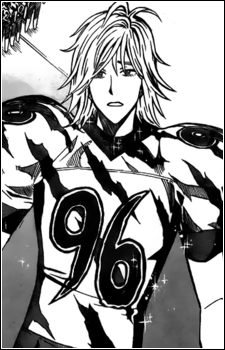 A wilting pretty-boy with an enormous man-crush on Gaoh. He's impressed with "strength" in general due to Gaoh saving him from bullies and tends to wax eloquent on how wonderful strength is. He's not one to overlook, though, as he can knock the ball out of a back's grip with his slender arms (known as the "Ptera-Claw"), and has no qualms about injuring them in the process. 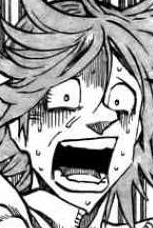 He also resembles a tengu. 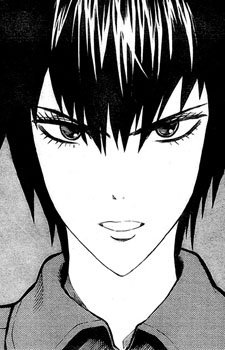 The beautiful and quiet assistant for the Hakushu team. She has serious problems with the way Marco runs the team, and tries to keep a limit on the casualties that he and Gaou inflict on other teams.