General
The nine-time Kanto Regional champions and nine-time runners-up at the Christmas Bowl, the Shinryuji Naga had earned themselves a reputation within Kanto for nigh invincibility. Although the team's power was once thought to be waning, the recruitment of twins Unsui and Agon Kongo and ace Cornerback Ikkyu Hosakawa put the Naga back on the top in a big way. By the time of the series' main event, the Naga, with the power of the Kongo twins, were aiming for the tenth Kanto Regional championship and victory at Christmas Bowl. They were the Devil Bats' first opponents during the Kanto Regional, and lost to the latter after a very tough battle. Also, the Shinryuji highschool had a history with the Devil Bats' founders - Hiruma, Musashi, and Kurita, who intended to attend Shinryuji before Agon and the team's coach Sumito Sendoda refused to allow Kurita entrance.
Agon Kongo (金剛 阿含) 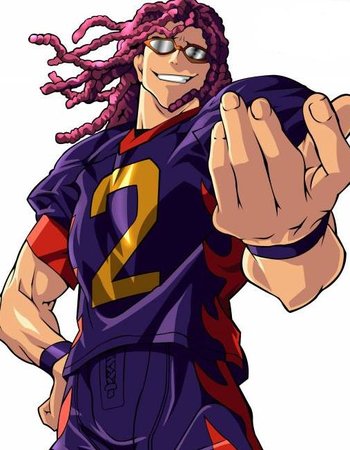 The ace player of the Shinryuji Naga. Agon had The Gift, which caused him to become a genius in both academics and athletics, who could competently play any position in football. His skills were so great his presence alone made it sufficient for the Naga to trample upon nearly all teams. However, having spent all his life hailed as "the genius of the century", Agon also developed into an arrogant, sociopathic Jerk Jock who's almost devoid of any empathy. With that, he tormented his older brother Unsui and teammates, looking down on those who lacked natural talents. Agon once worked with Hiruma before the main events of the series, but he ruined the tentative friendship to prevent Kurita, whom he saw as "trash", from joining the Naga. The two later amended this relationship at the Youth World Cup, where Hiruma's effective tactics against Team America made Agon (grudgingly) admit that the players he regarded as "trash" had their values. 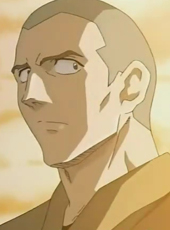 Captain of the Shinryuuji Nagas. A serious, hard-working individual who nevertheless is always in the shadow of his younger brother. 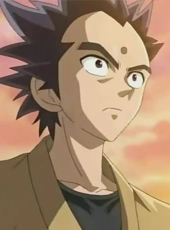 "A true number one, only has that title because he is undefeated."

Another Shinryuji powerhouse, Ikkyu tends to be the Butt-Monkey of his own team and can be very shy around girls. However, once he enters the field, he becomes an Arrogant Kung-Fu Guy who can run backwards at high speeds and is unstoppable in the air. He's the team's primary cornerback, and doubles as wide receiver when necessary. 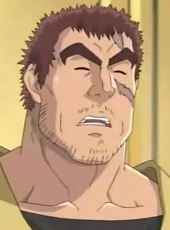 A third-year and the eldest of the Shinryuji powerhouses. Despite entering Shinryuji on a sports merit scholarship, he's quite humble and tries his best to be the mature one of the team (with mixed results).

As the name implies, four players in the Nagas who resemble the main characters of Journey to the West. Mainly act as the plucky comic reliefs.

Position: Linemen (Gojyo, Goku, and Hakkai) and Running Back (Sanzo)