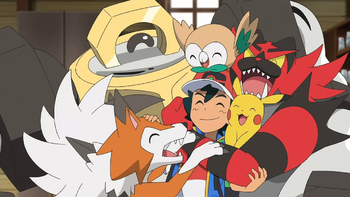 Movies with their own Heartwarming page: