Franchise / Quatermass
aka: Quatermass And The Pit 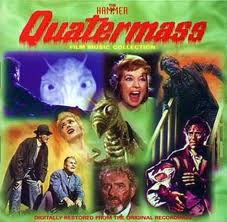