Valerie is the main protagonist of the story. She is a cheerful and energetic sixteen-year-old girl who loves sweets, games, and eating. She's not very good at academics and is a bit naive, but she makes up for it in determination and optimism. She's friendly, carefree, and loves making new friends. She transforms into the titular Diamond Heart and represents love and hope.

"You look better with your usual bright smile, Val!"

Sophie is one of Valerie's closest friends. She's vice president of the student council and is very hardworking and reliable. She's very curious and loves learning new things and takes her education very seriously, even studying in her spare time. She's friendly, gentle, and kind. She gains her powers on her 17th birthday and transforms into Sapphire Heart. She represents intelligence and clarity.

"Everyone has dreams worth living for!"

Clover is the wealthy and former heiress of the incredibly powerful Vermillion family. She's charismatic, refined and a true upperclass lady, While she has no problem making a good first impression, she is very clumsy with personal relationships and can be spoiled and a bit of a crybaby. She greatly admires her older sister Lotus and aspires to be just like her someday. She transforms into Amethyst Heart and represents fantasy and starlight.

Overflowing with energy, Zacharie always has a smile on their face. They're a member of the Fashion Club and loves anything beautiful and cute. Many people find them a bit eccentric and overwhelming but they are very popular, especially with girls. They are a bit pushy and impatient and tends to speak without thinking, but they means no harm and have a kind heart. They transform into Citrine Heart and represent joy and fortune. 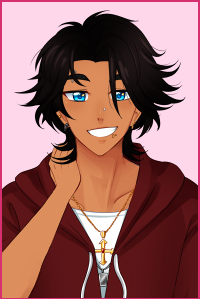 "The power of our friendship is unbeatable!"

Alex is outgoing, friendly, and loves to joke around and tease people. He is extremely popular. He's cool, athletic, and has a great sense of humor, but he isn't very smart, having to repeat some classes. Despite their differences, he gets along surprisingly well with Liam, and considers him one of his closest friends. He transforms into Garnet Heart and represents passion and devotion. 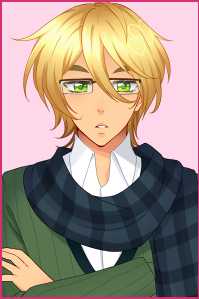 "Of course mathematics are easy. It's just numbers. The answer is always simple to figure out as long as you know the formulas.

Liam is a genius who has never gotten less than 100%. He comes from a wealthy family and is arrogant, cold, and difficult to approach. But despite his rotten attitude, or perhaps because of it, he is very popular. He's the student council president, but spends most of his time sleeping than doing work. He's close friends with Alex. Probably. He transforms into Emerald Heart and represents kindness and loyalty. 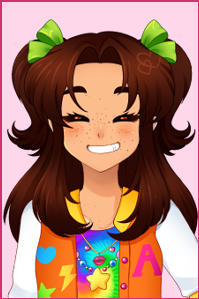 "Better luck next time, ya know!"

Amber is another fairy from Chalcedonia. She is honest and brave and has a strong sense of justice. She puts her all into everything she does, especially her Crystal Warrior duties. She can be impulsive and has a hot temper, but she has a good head on her shoulders. Holds a grudge against Diana. She transforms into Amber Heart and represents courage and protection. 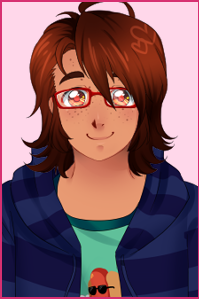 (about Valerie) "Ah, there she is, the tardy queen!"

Ethan is another of Valerie's closest friends. He's a talented artist and loves music and games. He is laidback and friendly, he can be sarcastic and rude at times, but he is a very loyal and supportive friend. He discovers his friend's secret identities quickly and does his best to help them out in the limited way that he can.

Chandra is a quiet, timid, and shy girl who tends to blend into the background. She is quite pessimistic and has trouble trusting people. She lacks self confidence and comes across as a very gloomy and depressing person to be around, because of this she doesn't have many friends. 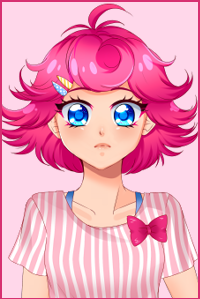 "Even if the entire world was against you, I will always stand by your side."

Diana is a fairy from the magical kingdom of Chalcedonia, and Princess Rosalia's most loyal and trusted knight. She is normally very calm and collected, but becomes impulsive and reckless when it comes to the princess. She loves the princess more than anything and would do anything to protect her. She doesnt get along with Amber, however the two of them seem to be close.

Originally only had a friendship route available (alongside Amber), but thanks to Kickstarter, she can now be romanced. 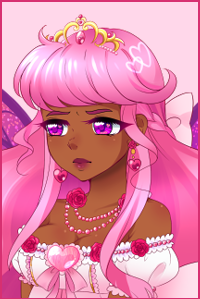 "I'm not all that refined or ladylike, I have no charisma...There is no way I could lead this country."

Rosalia is the princess of the magical kingdom of Chalcedonia. She is a kind and beautiful princess, but she lacks confidence and is very timid and shy. She wasn't well liked by the citizens in her kingdom due to being weak and cowardly. She went missing after the Nightmare Agency attacked her home and hasn't been seen since. 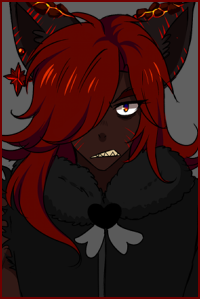 "Tch...Emotions like that are useless and will only lead to your downfall."

Opal is impulsive, destructive and aggressive, he’s the first nightmare agent we meet. He’s cruel and enjoys causing chaos and making a mess of things, and tends to be sloppy with his work, his monsters tend to be unpredictable difficult to control.

Thanks to Kickstarter, he's now a romance option. 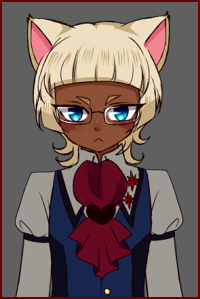 "Oh? What a lovely despair in your heart."

Onyx is intelligent, and cool, he takes his time with his work and is a bit of a perfectionist. He has a terrible temper however, and its quite easy to get under his skin. He seems to be self concious about childish appearance. His nightmares are strong and he has no trouble controlling them, however they are terribly predictable. 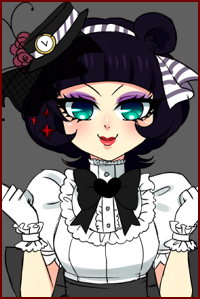 "I am Lady Druzy's most loyal and trusted companion!"

Labra is haughty and arrogant, she loves to show off and be in the spotlight, and has an extremely large ego. shes stubborn, lazy and selfish and hates it when things don’t go her way, she’s also quite petty and tends to hold grudges over the most trivial of matters. Her nightmares are as flashy as she is. 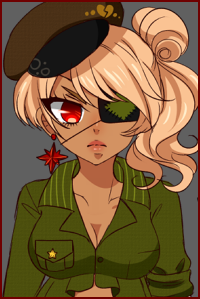 "It's our duty as Nightmare Agents to collect dream energy for Master Druzy, locate the Rose Crystal Mirror, and eliminate that luminae princess."

Chrys is quiet and stoic, the fourth nightmare agent, she’s difficult to read and seems to be the odd one out in the group, she’s the most competent of the Nightmare agents, however, she refuses to cooperate and work with the other members, giving her a great disadvantage. 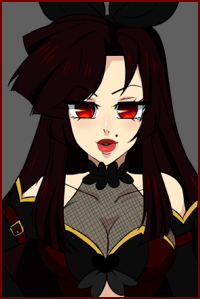 "Oh Diana, is that any way to greet an old friend?"

Druzy is the leader and founder of the nightmare agency, she’s ruthless and cruel and seems to enjoy the suffering of others, Her goal is to collect energy in order to awaken the ‘Princess of Darkness’ by putting people into eternal sleep and creating monsters called Nightmares from the darkness in their hearts. She seems to have a personal hatred for the Crystal Warriors and will stop at nothing to have them destroyed.