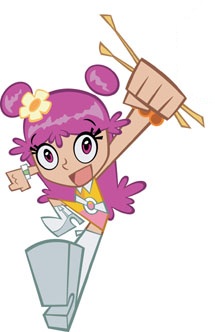 A teenage girl who is allegedly the older of the duo. She is depicted as a peppy, optimistic, and cute girl. 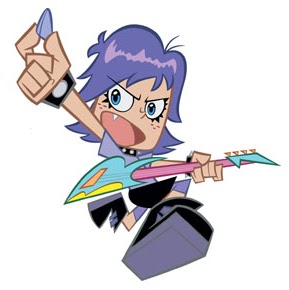 A teenage girl who is allegedly the younger of the duo. She is depicted as a cynical, sarcastic punk rocker. 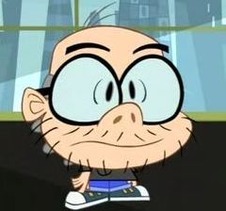 The duo's well-intentioned yet money-grubbing manager. 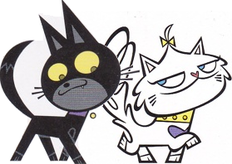 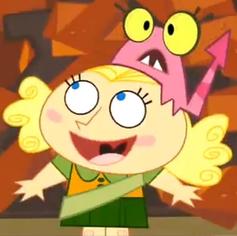 A little girl who is obsessed with Ami and Yumi. 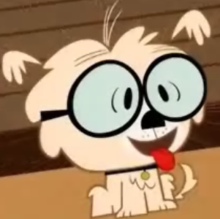 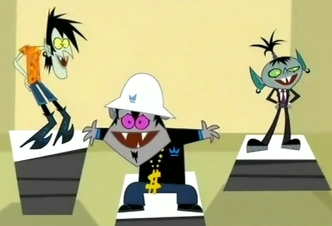 A vampire rock trio from Slovakia that "suck" people's talents. 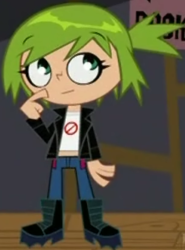 A teenage girl who was a former band member and was also Yumi's friend.

Ami and Yumi's former crush in "In The Cards". 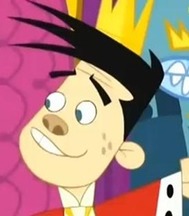 Ami and Yumi's childhood friend from Camp Youwannasushi, who wants to be a superhero like his favorite comic book hero, Mangbee Man. 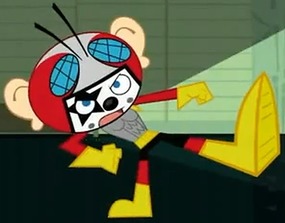 Voiced by: Will Ryan 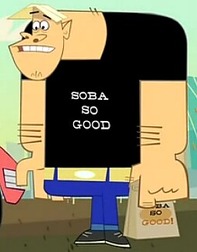 A sinister land developer who usually tries to tear down beloved places for his own selfish needs. 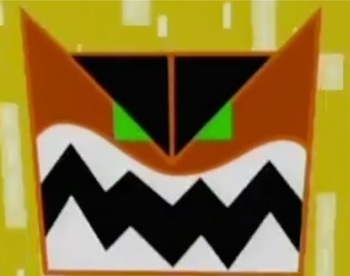 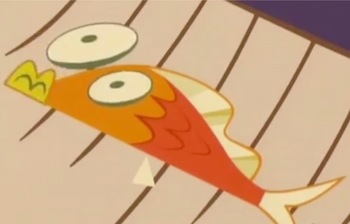 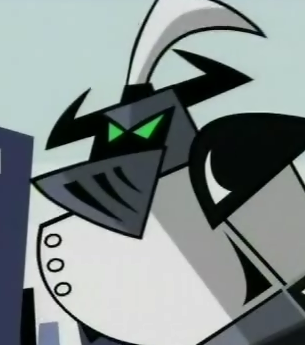 Ami's favorite manga hero, who is a majestic knight.

Yumi's favorite manga hero, who is a robotic amplifier.

The villain who is against both Knoble Knight and Decibel Destroyer. He also longs for his PHD.