Characters of the Hotel Transylvania franchise.

Mavis Dracula is the deuteragonist of Hotel Transylvania. She is Dracula and Martha's "teenage" daughter who turns 118 in the first film. By the second film, she is the wife of Jonathan and the mother of their son, Dennis as well as the only granddaughter of Vlad. 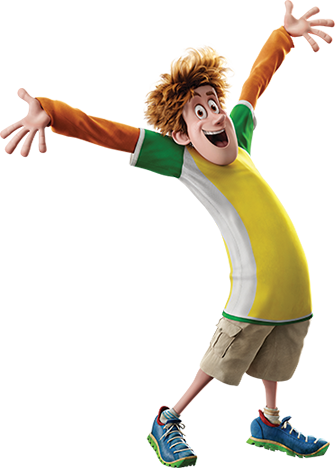 Jonathan is the tritagonist of Hotel Transylvania. He's the 21-year-old human backpacking his way across Europe and stumbles on the titular hotel. By the sequel, he has married Mavis and fathered a son, named Dennis. 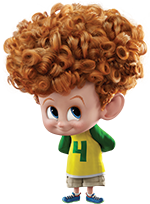 Voiced by: Asher Blinkoff, Sunny Sandler (as a baby)

Dennis Dracula-Loughran is the half-vampire/half-human son of Johnathan and Mavis. He is also the grandson of Dracula and the late Martha as well as Mike and Linda. Through Mavis, Dennis is the great-grandson of Vlad. 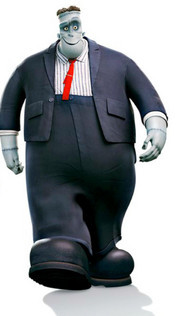 Dracula's best friend and Mavis' favorite "Uncle Frank" is none other than Frankenstein's monster — an oversized working man with an even bigger heart. It has been a long time since this monster stormed through the countryside, frightening villagers and constables alike. He is an unassuming married man who loves his adoptive family, Drac and Mavis. Imagine his surprise when he and his wife Eunice show up for Mavis' 118th birthday party and he is introduced to a cousin he has never met, Johnnystein (human Jonathan in a last-minute disguise). 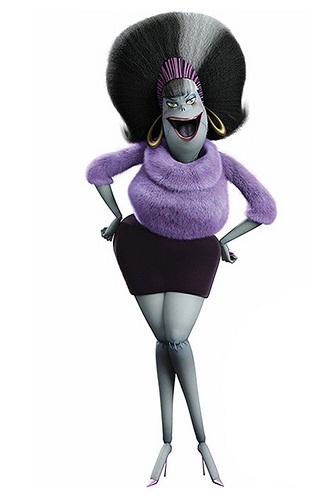 Eunice is Frank's beloved wife. What Frank lacks in forcefulness, Eunice more than makes up for.

Wayne is a werewolf who's a miserable data processor by day and a put-upon father by night. 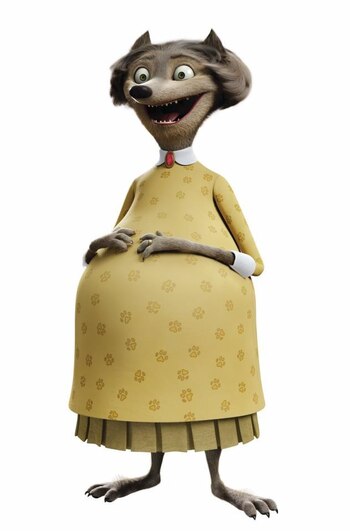 A werewolf who is Wayne's wife; Apparently never not pregnant, she seems completely oblivious to her husband's stress caused by her infinitely growing brood of pups. 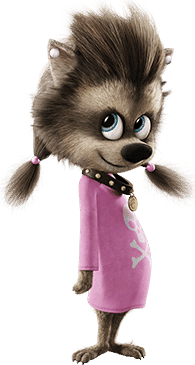 The only daughter of Wayne and Wanda's many pups until the third film where she has another sister named Sunny. Also best friends with Dennis in the second film. 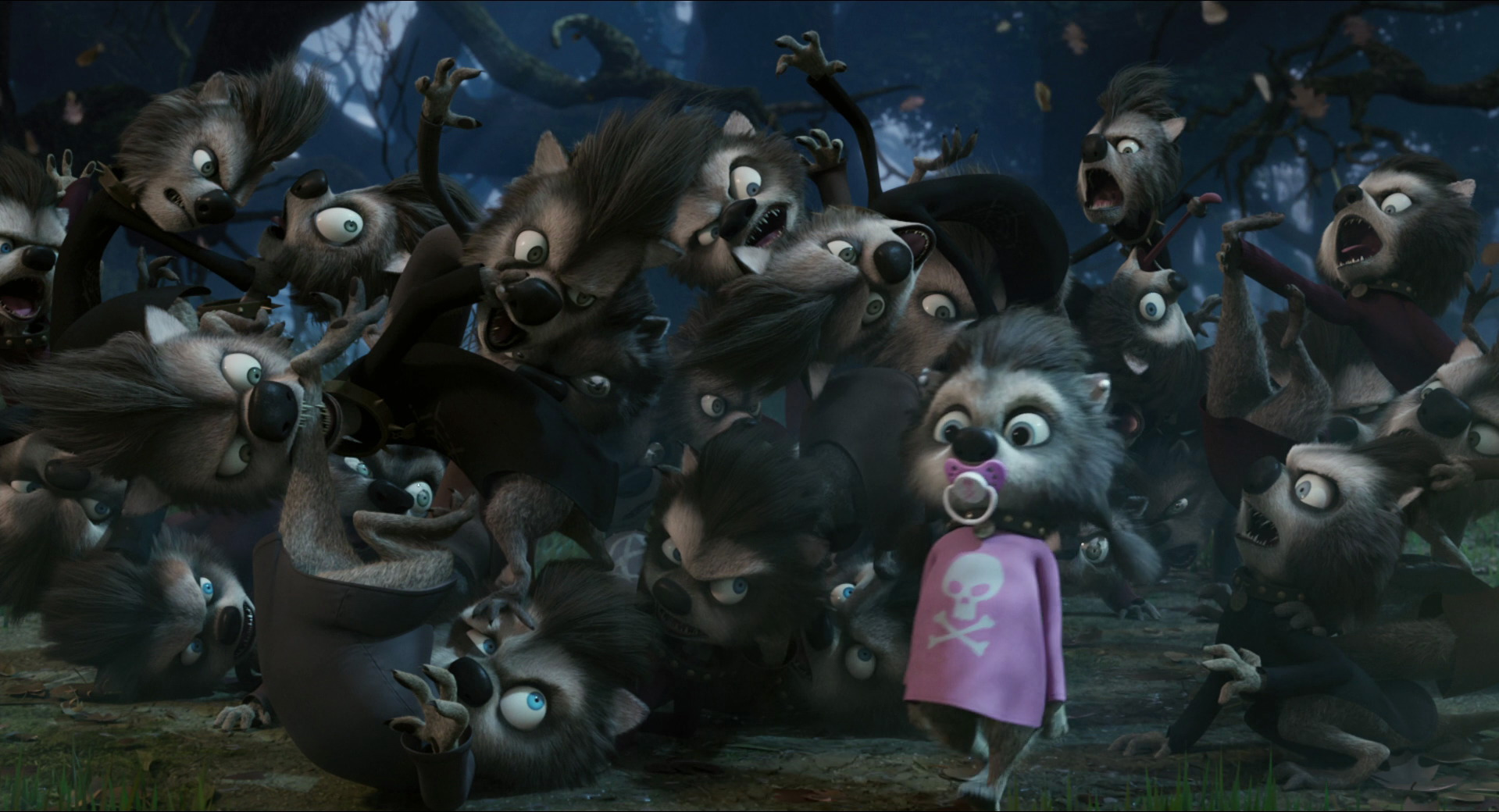 The Werewolf Kids (also called the Werewolf Pups and Wolf Pups) are the children of Wayne and Wanda. Most of them appear to be male, but it is unknown exactly how many of them there are. 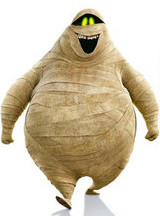 Murray the Mummy is a big bandaged guy, who's actually larger-than-life. 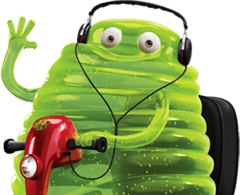 Blobby is a speechless, green, Blob Monster with eyeballs and is one of Drac's friends.

The Kraken
Voiced by: Joe Jonas
The Kraken is the host of Atlantis who welcomes people to the casino with a musical number. However, it has a darker side...
Tinkles 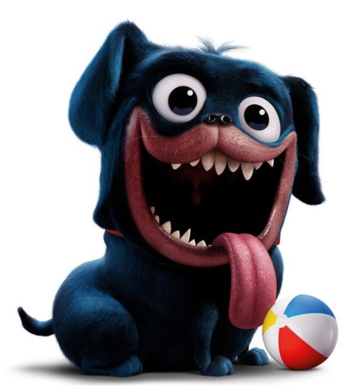 Voiced by: Joe Whyte
A giant puppy owned by Dennis. 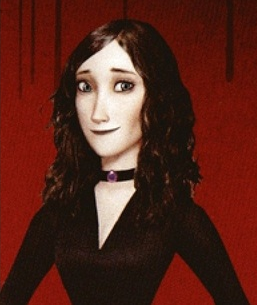 Martha was the wife of Dracula and the mother of Mavis. She was killed by a mob of humans while trying to hide. 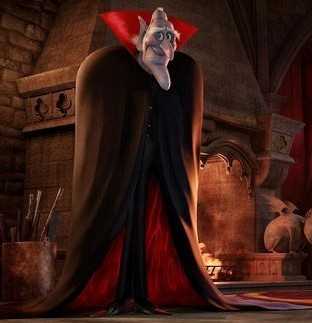 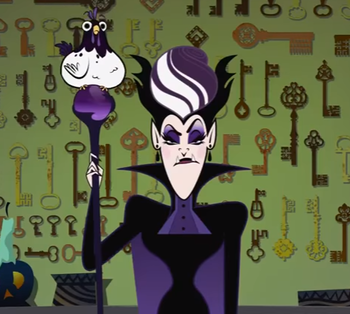 Aunt Lydia is Dracula's older sister and Mavis' aunt. She is a recurring character who appears in Hotel Transylvania: The Series. 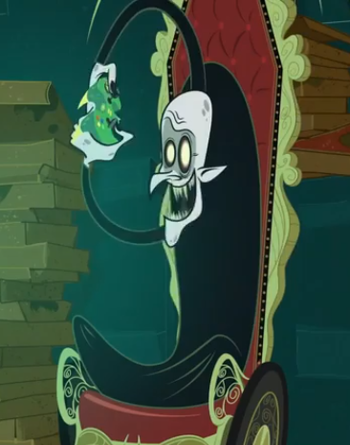 Dracula and Lydia's wheelchair-bound uncle and Mavis' great-uncle. He is a recurring character who appears in Hotel Transylvania: The Series. 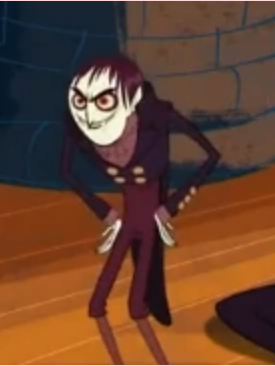 Mavis' first cousin and the son of an unidentified sibling of Dracula and Lydia. He is a recurring character who appears in Hotel Transylvania: The Series. 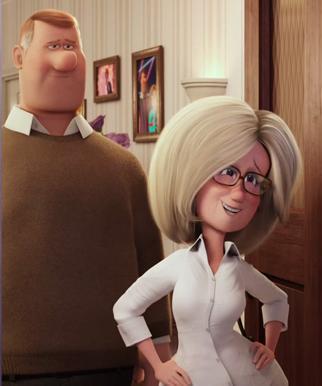 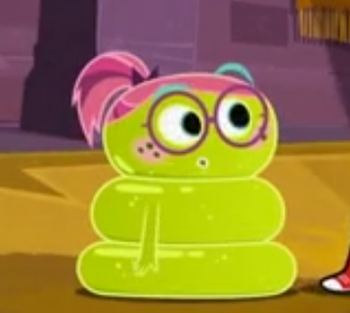 A pink-haired, bespectacled blob who is the daughter of Bob Blob (any relation to Blobby from the movies is not made explicit), as well as Mavis' closest friend. She is one of the main characters of Hotel Transylvania: The Series. 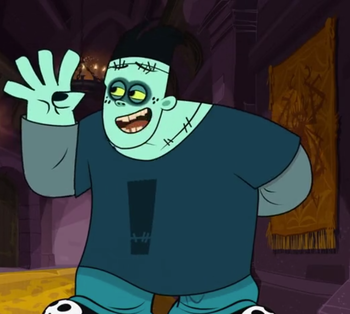 The son of Frank and Eunice and one of the main characters of Hotel Transylvania: The Series. 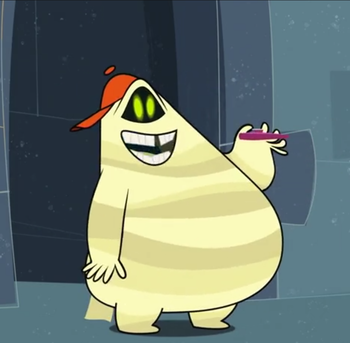 A short, fat mummy who bears a strong resemblance to Murray (despite not actually being related). He is the son of a large female mummy named Shonda. He is one of the main characters of Hotel Transylvania: The Series. 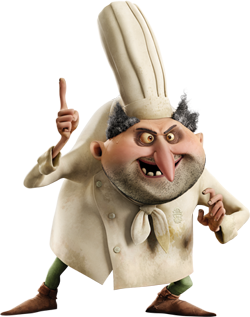 Quasimodo Wilson, the former Hunchback of Notre Dame, is now the gourmet chef at Hotel Transylvania. He has a pet rat named Esmeralda and is the main antagonist of the first film. 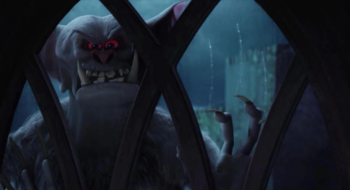 A demonic-looking vampire bat that works under Vlad, Bela is an angry and misanthropic monster who thinks that humans shouldn't be with monsters.

The captain of the cruise ship Legacy in the third film. Apparently organizing a cruise for monsters, they're unaware she's actually the descendant of Abraham Van Helsing, and her goal is to slay all the monsters on the ship. 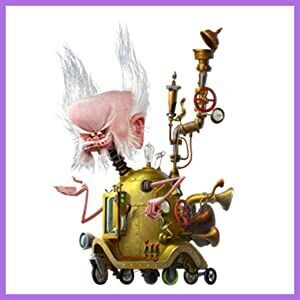 "I will hunt you down for all eternity! I swear, I will never rest until I destroy you and every other monster if it's the last thing I ever do!"
Clickhere 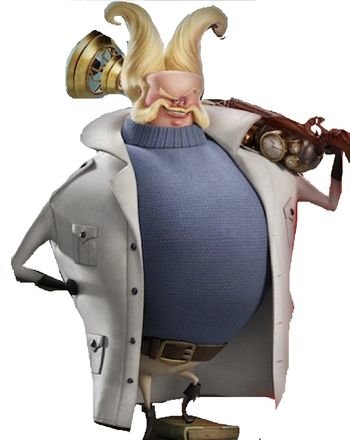 to see him in his prime.
Voiced by: Jim Gaffigan

The legendary monster hunter. Though he wants to kill all monsters, he has a special contempt for Dracula, who has evaded him endlessly.