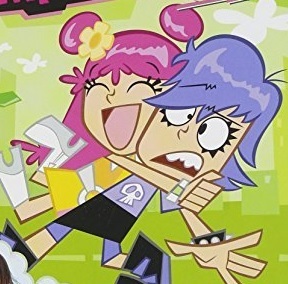 Hi Hi Puffy AmiYumi has its fair share of Les Yay, mostly when it involves the best friend duo Ami and Yumi. It came to the point where the real life Ami and Yumi actually thought the show depicted them as a lesbian couple.