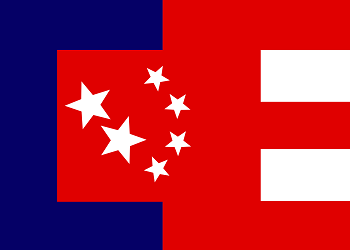 Played By: N/A
"...The minds behind every military, diplomatic, and covert operation in the galaxy..."
The Operative

The ruling body of the Alliance. Presumably democratically elected, but no details are ever given.

A contractor for the Alliance, the Blue Sun Corporation is an organization of scientists. They are responsible for Simon and River Tam's plight and the Blue Gloves. 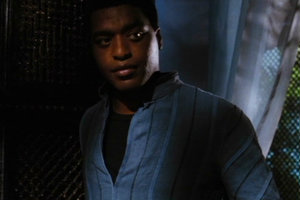 "Do you know what your sin is?"
Played By: Chiwetel Ejiofor
"We’re making a better world. All of them, better worlds."

The primary villain in Serenity. A special agent/assassin of Parliament, sent out to keep government secrets and take care of loose ends. While he technically represents their interests, they are never seen, making him The Heavy. 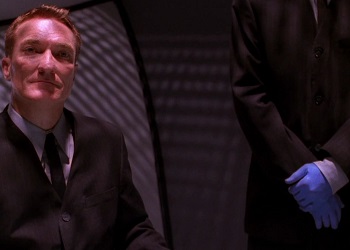 A pair of mysterious men who wear suits and what appear to be blue gloves. They work for the Blue Sun Corporation and are in pursuit of River and Simon Tam. They will not hesitate to kill anyone who has had contact with River, even Alliance personnel, using a handheld device that induces fatal hemorrhaging to anyone near it (except themselves). 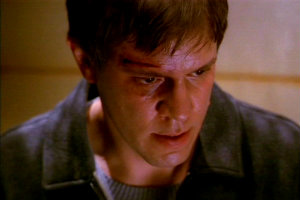 "That girl is a precious commodity. They'll come after her. Long after you bury me they'll be coming."
Played By: Carlos Jacott

An undercover Alliance agent with an itchy trigger-finger. He was intended to be a recurring character before the show was cancelled. He returned in the spin-off comic 'Those Left Behind'. 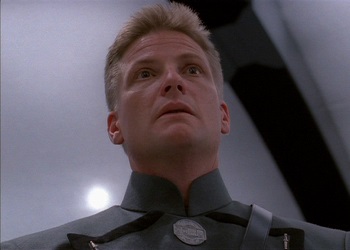 "No mandatory registration markings on the bow. Make sure we cite them for that."
Played By: Doug Savant
"I'm not in the habit of destroying evidence."

An Alliance Commander whom the crew encounter in the episode "Bushwacked." He discovered and arrested the Serenity's crew after catching them in the midst of pillaging a derelict spacecraft. He falsely believed them to have killed the crew, and correctly believed that they were robbing it. 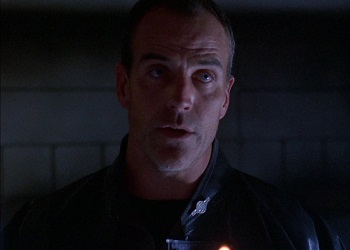 "I'm a dangerous-minded man on a ship loaded with hurt."
Played By: Richard Burgi
"Relax! You've been great. And I was just bluffing with that stuff about arresting you. I mean, who needs that kind of paperwork? Skunk, light him on fire."

A corrupt Alliance federal agent who pursued Tracey and the crew of Serenity. Although he claimed to be chasing Tracey because he was a criminal, which was true, he actually wanted to catch him because he was smuggling Womack's goods. He was supposed to be a recurring villain, but due to Firefly's cancellation, he became a one-off villain.

Introduced in the comics. A leader of the Unificators, a mercenary group deputized by the Alliance to hunt down war criminals. 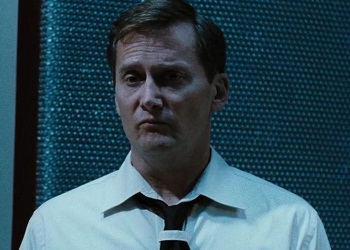 The Academy technician in charge of taking care of River. He had an odd encounter with a doctor 'sent by the Alliance' who had some questions about that experiment. Subsequently, he was visited by a real government agent who gave him lessons about the customs of "certain older, civilized cultures".

An interviewer for the Academy sent to determine River's mental state.

A member of the research and rescue team that investigated the strange happenings on Miranda.