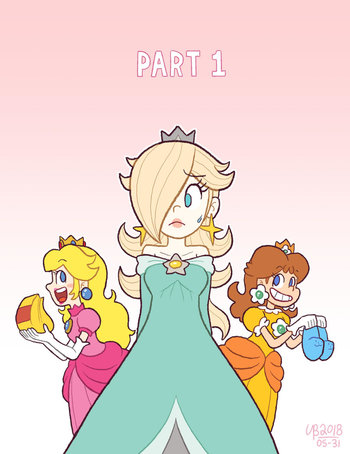 is a 28-page Super Mario Bros. fan-comic by Yves Bourgelas (TheBourgyman) (Author of Supercrash). It begins with Rosalina becoming stranded on Earth. Peach and Daisy decide to have a sleepover together while Rosalina is stranded.

In honor of the comic's ten-year anniversary, a sequel

was started revolving around Daisy being jealous of Peach and Rosalina's friendship.

The comic's third and final part concluded on February 28th, 2021.