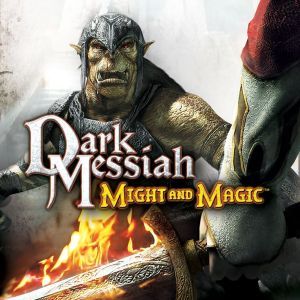 The game stars Sareth, a young student of a mage called "Phenrig" trained in both magic and martial arts. After a short training mission where a magic crystal is acquired, Phenrig sends Sareth "half a world away" to locate an artifact known as the "Skull of Shadows" — the crystal being a key to the Skull — with the help of fellow wizard Menelag and his apprentice/niece Leanna. Before Sareth leaves, a woman called "Xana" is fused to his spirit by Phenrig to advise him and provide running commentary.

Combat can be best described seeing the world through the eyes of a Combat Pragmatist. The game is built on Valve Software's Source engine and it makes full use of the engine's physics component. Objects in the world of appropriate size can be picked up and thrown at foes to disrupt them, while strong blows, or the game's dedicated "kick attack", can knock enemies around (this is particularly pronounced with Goblins and Undead due to their lack of bulk), pushing them into traps, bottomless pits or each other. Magic is similarly more than a rocket launcher. Spells allow you to freeze the ground, throw big things around with telekinesis, light your enemies on fire and be a general badass. The environment is often littered with cliffs, barrels, oil pots and spike racks, and the player is given incentive to take advantage of these factors. Enemies are both strong and plentiful and there is no EXP rewarded for killing them, only completing objectives. The player must use everything in his arsenal and all the fun things in the environment to survive fights, especially on higher difficulties.

" in 2009 before their acquisition by Bethesda Softworks, which has since been revealed to be Dishonored.