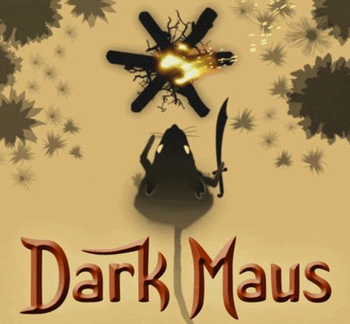 DarkMaus is a 2D top-down Hack and Slash game, developed by Daniel Wright and released for PC through Steam on January 27th, 2016.

As its name suggests, it is much like Dark Souls, but set amongst the rodents. Not even anthropomorphic rodents, but pretty conventional four-legged ones, who have simply learnt how to wield medieval weaponry and cast magic. Unfortunately, practically everyone in their world of Hazath has now gone feral, and It's Up to You to fight your way through and discover why.

Compare to the other top-down games inspired by Dark Souls, Shrouded In Sanity and Fall of Light, as well as the Side View souls-like games like Shrouded In Sanity, Void Memory, Gloom, Unworthy, Death's Gambit and Dark Devotion.