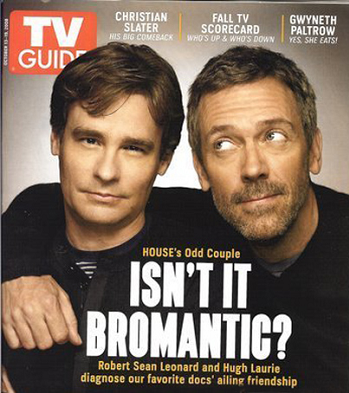 A trope old as time itself. Two extremely close friends or partners, of the same gender, who are as close or closer than a romantic couple. They aren't romantically linked, but they might suffer withdrawals from not being around each other. There might be much drama over a potential "break-up". When one gets a romantic partner, you can almost certainly expect the Friend Versus Lover quarrel to be epic. Though despite the trope name, it's not necessary that both characters in question be heterosexual — or, hell, that either of them is.