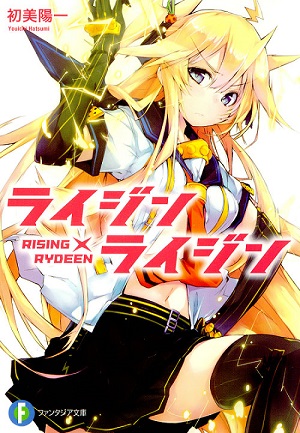 Takara Shimonone is an Ordinary High-School Student who wants to be extraordinary. He wants to be a stranger - strangers are individuals who have developed superhuman powers called strange abilities. Takara wants a strange ability so he can become a superhero.

As luck would have it, he is approached by a woman named Aria. Aria is the lab chief of the government-approved stranger disaster prevention office and informs Takara that he may be a stranger.

This news excites Takara, but his excitement doesn't last very long, as he soon discovers his strange ability: He can release a white slippery gel of unknown properties from any part of his body. It's as embarrassing and useless as it sounds, and gets him evaluated as a Rank E stranger, the lowest rank.

In spite of this, Aria sees potential in him. She wants him to join a team with other low-level strangers to go on missions to capture outlaws: strangers who use their strange abilities for nefarious purposes. They're incredibly dangerous, so the government only recruits high-ranking strangers to go on solo missions to capture them. Unfortunately, the government is understaffed when it comes to dealing with outlaws, so Aria is using Takara's team as an experiment to see if low-level strangers using teamwork can effectively capture outlaws.