The Kingdom of Mercia 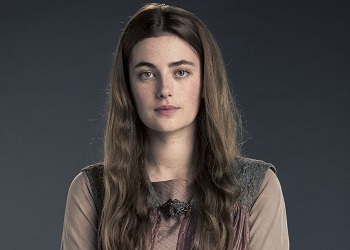 Alfred and Aelswith’s beloved daughter. Aethelflaed is strong, brave and intelligent; she has a mind as thoughtful as her father’s and a will as strong as her mother’s. Ever grateful towards Uhtred for protecting her family in the dark days before the battle of Ethandun, the two share a kinship that will be put to the test in a time of great need.

Arrogant lord of Mercia. Aethelred appears to be both the perfect match for Aethelflaed and a good ally for Alfred as he strives to extend his influence outside Wessex. But in moments of weakness Aethelred is plagued by insecurity, and is rarely seen without his advisor Aldhelm by whom he is easily influenced in matters both personal and political.

The daughter of Aethelflaed and Erik, though legally she is Aethelred's daughter which puts her in line for the Mercian throne.

Last king of independent Mercia. Ceolwulf is not happy with Alfred's lack of support for Mercia, and strives to make his country a military power once again

Aethelred’s ambitious and scheming right-hand-man, and commander of his household troops. Resents Mercia’s subservience to Wessex, and has plans to reverse the line of dominance.

A disgraced Mercian noblewoman who schemes with her brother Eardwulf to reclaim their position by courting Aethelred's favor.

A disgraced Mercian nobleman seeking to regain his family's position by acting as Aethelred's new advisor.