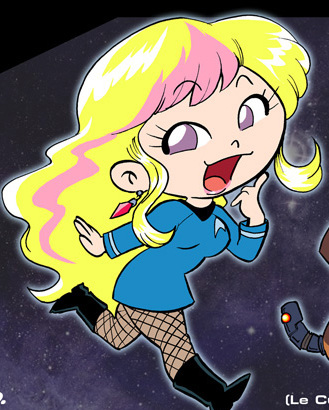 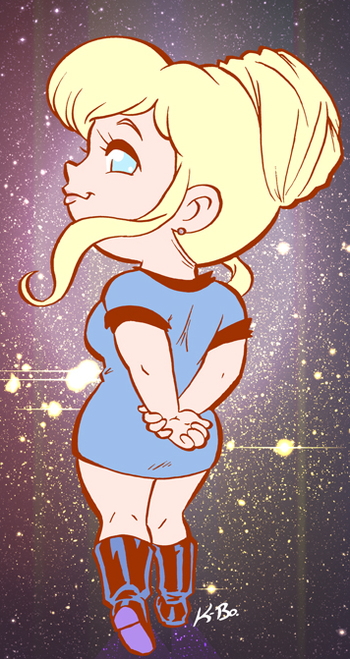 Captain... Everyone... thank you. I love you all so very much.

Ensign (later Lieutenant) Mary Amethyst Star Enoby Aiko Archer Picard Janeway Sue begins the story as the new medical officer on the Enterprise. She is beautiful, talented, kind, and perfect in every way. But unfortunately for her, no one else acts as if they're in a Suefic, and her Sue-ish ways annoy them. Unfortunately for everyone else, as a Mary Sue she's very hard to kill... 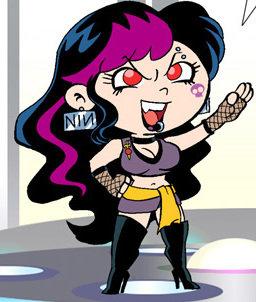 She has a bigger rack than Ensign Sue. How evil.
"Kneel before Empress Sue of the Terran Empire!"

Ensign Sue's mirror-universe counterpart, and a parody Villain Sue. She has been driving the Mirror Enterprise crew insane just as her counterpart does to the main Enterprise, and one of their desperate attempts to get rid of her ends up shunting her to the regular universe. She gets along just fine with her counterpart. 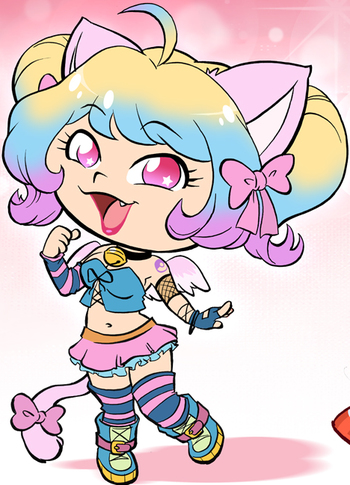 A Pokémon Sue who debuted in Ensign Two. She is known for her misuse of Japanese, and for being the first outright malevolent Sue. 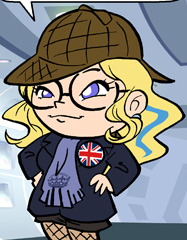 You can tell she's British. She's got a Keep Calm and Carry On scarf.
"Oh, do pardon me. I believe I feel an Anglophiliac outburst coming on...ROIGHT! CAMELOT! BIG BEN! MARY POPPINS! THE BEATLES! CUPPA TEA! SPAM! SPAM! SPAM! GOD SAVE THE QUEEN! PIP! PIP! CHEERIO! Quite sorry. That happens sometimes when I get excited. Now where were we?"

A Sherlock Holmes Sue and a very stereotypical Brit. 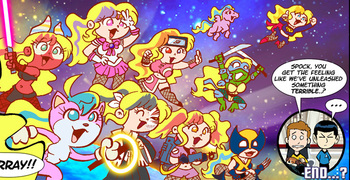 Small parts of Sue Prime that have become mini versions of her. There are several traits that most have in common: Blonde hair (all Sues but Sue!Spock and Empress Sue) with a usually color-changing streak (all Sues except Anne Mae), a marking on their cheek (All Sues, but Anne Mae Sue has it on her forearm), earrings, fishnet somewhere in their outfit, and the same basic build as Ensign Sue (all Sues but Sueified Enterprise Crew). This section is for minor Sue characters. 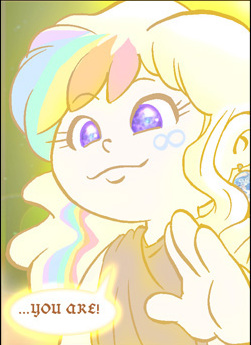 Even God herself is one of them.

Also known as God Sue. She is the progenitor of all Mary Sues, with Ensign Sue having been the first. She did this to allow herself into the world so that she could get together with Spock Prime.