A modified Lockmart CM-88B Bison M-Class starfreighter captained by Arthur Dallas, registered to the Weyland-Yutani Corporation out of Panama. The Nostromo operated as a tug, connecting to and pulling loads like a tractor truck rather than carrying those loads on board like a traditional freighter. 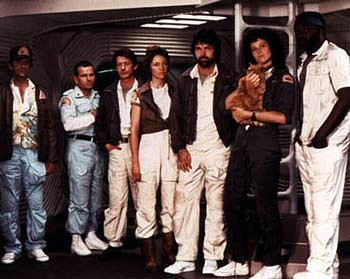 The Nostromo is a commercial towing vessel owned by the enormous Weyland-Yutani Corporation. It hauls a massive ore refinery along with 20 million tons of raw ore. It also has a self-destruct sequence and an escape shuttle, the Narcissus. It's manned by seven crew members... and one cat. 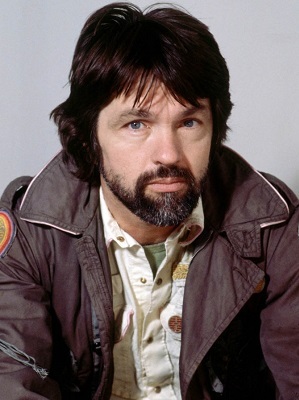 "Standard procedure is to do what the hell they tell you to do!"
Portrayed By: Tom Skerritt
"Mother's interrupted the course of our journey. She's programmed to do that should certain conditions arise. They have. It seems that she has... intercepted a transmission of unknown origin."

The laid-back captain of the Nostromo; he has sole access to Mother, the on-board computer. Despite his nonchalant and casual-seeming attitude, his leadership and decision-making skills become increasingly evident. 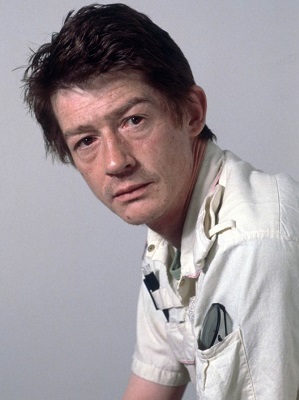 "I do remember some horrible dream about smothering, and..."
Portrayed By: John Hurt
"The pit is completely enclosed. And it's full of leathery objects, like eggs or something."

The Executive Officer aboard the Nostromo. During the investigation of the derelict space ship, he incautiously moves to get a closer look at one of the unusual 'pod' forms encountered and from this an unknown life-form (later known as an Ovomorph, or face-hugger) attaches itself to his face and (unknown to him and to the crew) impregnates him with an alien creature. 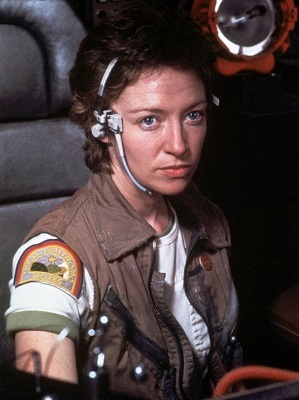 "I say that we abandon this ship! We take the shuttle and just get the hell out of here!"
Portrayed By: Veronica Cartwright
"Well, how about a little something to lower your spirits?"

The navigator of the Nostromo. Disinclined to taking risks beyond the confines of her console, she resents being chosen as one of the team to explore the derelict, and later angry with Ripley for her decision to leave Kane, Dallas, and herself outside of the ship when the facehugger was attached to Kane. 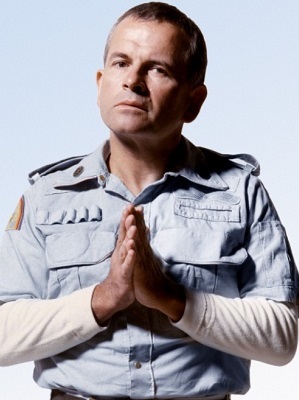 "I can't lie to you about your chances, but... you have my sympathies."
Portrayed By: Ian Holm
"I do take my responsibilities as seriously as you, you know. You do your job and let me do mine, yes?"

The Nostromo's inscrutable science officer. He administers medical treatment, conducts biological research, and is responsible for investigating any alien life forms the crew may encounter. It is at Ash's insistence that the crew investigates the mysterious signal emanating from LV-426. 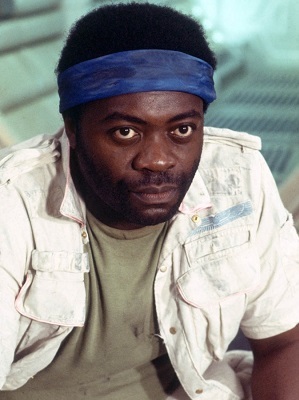 "I'm not for drawing straws. I'm up for killing that god-damned thing right now."
Portrayed By: Yaphet Kotto
"So, um, we think we should discuss the bonus situation..."

The chief engineer aboard the ship, with Brett as his assistant. Assertive and acerbic, he is a dauntless complainer and, abetted by his sidekick Brett, demands more money for investigating the alien transmission. Occasionally at odds with Ripley, his respect for her resourcefulness and plans to combat the growing crisis prevails. 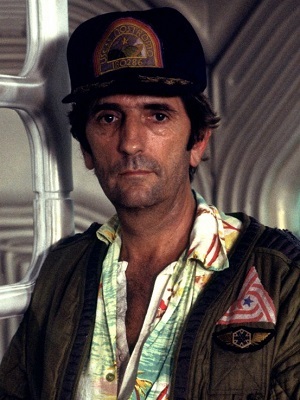 "Right."
Portrayed By: Harry Dean Stanton
"You see, Mr. Parker and I feel that the bonus situation has never been on a-an equitable level."

An engineering technician on board the Nostromo and a good friend of his engineering chief, Parker. As a 'regular working Joe', he persistently angles for the increased pay and bonus awards he feels are due.

The ship's pet, and the only non-human to survive the movie (and Aliens too). Ripley is particularly attached to him, even going back to retrieve him before leaving the Nostromo.