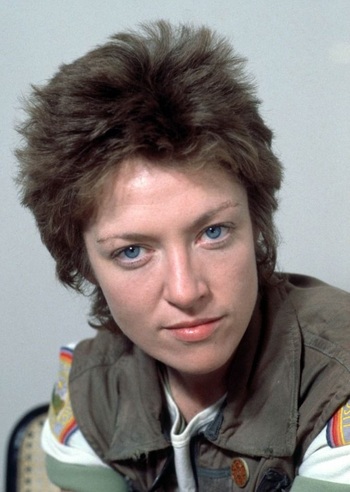 Veronica Cartwright (born 20 April 1949 in Bristol, England) is an English-born American actress. As a child actress she appeared in supporting roles in The Children's Hour (1961) and The Birds (1963). She would later become best known for roles in science fiction films such as Invasion of the Body Snatchers (1978) and Alien (1979). Older sister of Angela Cartwright.