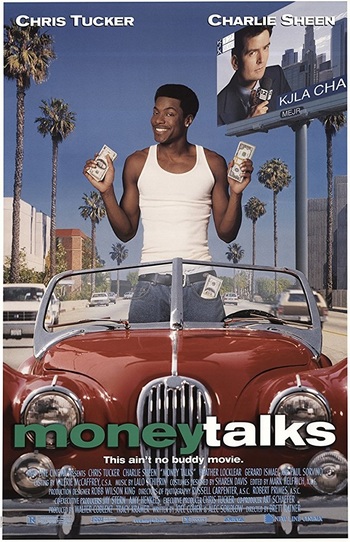 Franklin Maurice Hatchett (Tucker) is a small-time car wash hustler and ticket scalper who owes money to a local mob leader. He gets dimed out to the police by an investigating news reporter named James Russell (Sheen) after unintentionally thwarting Russell's attempts to have him confess his crimes on camera, and is taken to jail. When placed on a prison transport unit, the transport unit is attacked by mercenaries who are the men of Villard, a French criminal who was also on the transport unit who decides to bring Franklin along for the moment as they're handcuffed together, and they escape on a helicopter, only to jump out later after realizing that Villard plans to kill him. Sought by police and criminals, Franklin decides to sough Russell to make a deal for protection.