Film / Candyman: Farewell to the Flesh 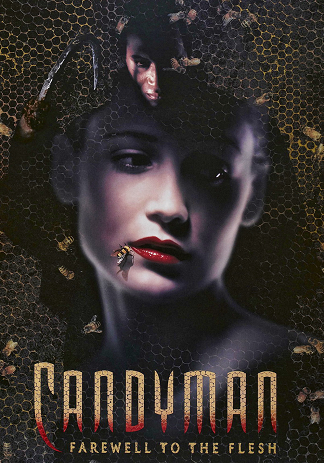 Candyman: Farewell to the Flesh is a sequel to Candyman, directed by Bill Condon and released in 1995.

Coleman Tarrant, the father of New Orleans schoolteacher Annie Tarrant, is murdered while investigating the deaths of three men in a manner similar to the Candyman legend. One year later — and three years after the Candyman murders in Chicago — Professor Philip Purcell writes a book about the latter case. Candyman kills Purcell in a public bathroom following a book signing. Annie's brother, Ethan, is accused of Purcell's murder because of previous confrontations between the two over the subject. After one of Annie's students claims to have seen the Candyman, she tries to discredit the legend by invoking his name. Annie summons Candyman to New Orleans on the eve of Mardi Gras, where the killings begin in earnest.