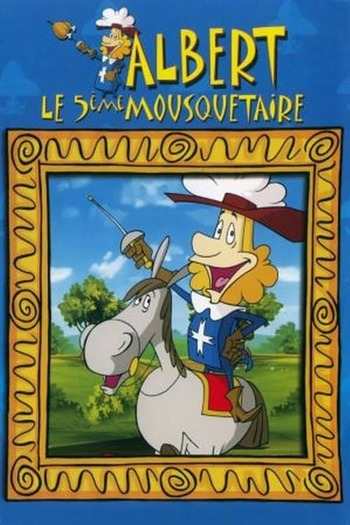 It takes place in a cartoonish early 17th century France during the reign of King Louis XIII, and centers on the adventures of Albert de Parmagnan, a new member of the Royal Musketeers. While the four other musketeers (Athos, Porthos, Aramis and D'Artagnan) are all bumbling and incompetent, Albert is short but quick-witted and clever, creating many inventions to get the others out of trouble and save the day by thwarting the Cardinal's Evil Plans to take over the Kingdom of France.

Albert the Fifth Musketeer provides examples of the following tropes: