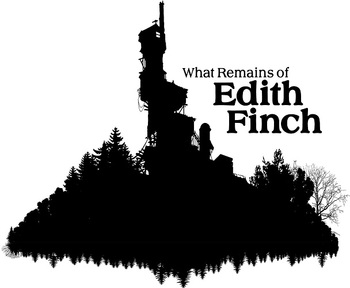 "A lot of this isn't going to make sense to you and I'm sorry about that."
Advertisement:

What Remains of Edith Finch is an Environmental Narrative Game developed by Giant Sparrow and published by Annapurna Interactive. It was released on April 25, 2017, and follows Edith Finch, the last living member of the Finches, returning to her ancestral home in an attempt to learn more about her extended family, whose members were prone to unusual deaths and whose rooms in the house have been more or less left in the condition they were in at the time they passed away.

Edith reads her great-grandmother Edie's story, but her mother takes it away before she could finish it.

Edith reads her great-grandmother Edie's story, but her mother takes it away before she could finish it.