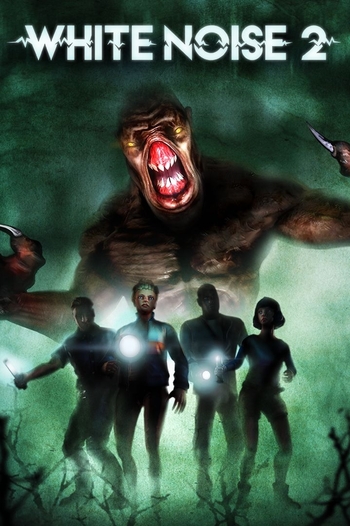 White Noise 2 is an Asymmetric 4 vs. 1 Survival Horror Game by Milkstone Studios, and a sequel to White Noise Online.

As in the original, a four-person team of investigators is searching an abandoned area for clues as to what happened there, while trying to avoid a supernatural creature who's trying to eat them.

However, this being a sequel, there are of course additions made to the game. In this one, a fifth player takes the role of the creature and is tasked with protecting the clues and attacking the investigators. The creature can summon totems that will warn them when the investigators are nearby, and can sabotage their flashlights to make it easier to attack them.