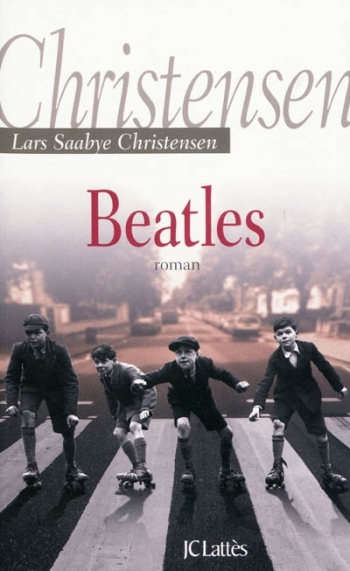 Our heroes, doing their own Abbey Road Crossing.
Advertisement:

Beatles is a novel by Norwegian author Lars Saabye Christensen, published in 1983. It tells the story of four teenage boys in The '60s, Kim, Gunnar, Seb and Ola. They live in Oslo, and their sole interest is The Beatles. They spend all their formative years collecting records, and grow up and split apart, all according to the changes in the British pop group. The boys form a Four-Temperament Ensemble, where each of them takes on a name from the band. As the story progresses, the boys experience the influence of the radical sixties, and the growing use of drugs, all while they try to find a foothold in a changing Oslo society.

The Film of the Book was launched for the big screen in august 2014. A prominent Nostalgia Filter, it failed to comment on many of the darker points of the book.

The author followed suit with two sequels: Bly (lead) from 1990, and the funeral (Bisettelsen), written in 2008.