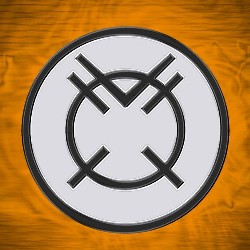 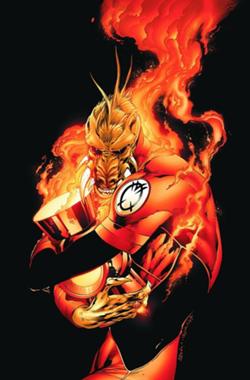 MINE!
AKA: Agent Orange (Originally, "Larfleeze" was stated to be an alias. As of New 52, it is his real name.)
Homeworld: Earth (originally Sh'pilkuzz, then Okaara)

The only true member of the Orange Lantern Corps. Billions of years ago, the Sh'pilkuzzian Larfleeze was part of a band of thieves that stole Parallax from the Guardians. While hiding out in the Vega System (and following a map they also stole), Larfleeze and his remaining men found the Orange Central Power Battery (unlike the others, it's small and handheld). While they began to fight over it, the Guardians and the Manhunters showed up and demanded Parallax. In return, they gave them the Vega System and the power of the Orange Light of Greed; however because of its nature, the Corps can have only one member (as greed is inimical to sharing) and so Larfleeze killed them all. He makes up for the lack of numbers by making legions of constructs of all the people he has killed (and eaten) over the long, long time of being Agent Orange. 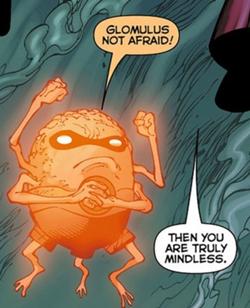 Glomulus was originally the resident pet in an Okaaran tavern, purchased to keep the place clean by eating scraps off the floor. Then he got some blood on him during a Bar Brawl - and decided it was tasty. After eating everyone in the bar, he wandered into the forest, where he encountered and was consumed by Larfleeze.

He's now a part of the New Guardians, as Larfleeze sent him out to find who's trying to take rings from each corps, including (especially) his own. Or at least, that's the cover story, as Larfleeze manipulated the group into fighting another of his enemies. 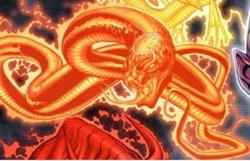 The Avarice Entity—the living embodiment of the Orange Light, given life and strength from the envy, gluttony, and greed of every sentient being. Born when a living being ate more than its fill for the first time. Ophidian inhabits the Orange Power Battery and speaks directly to Agent Orange's mind, inflaming his avarice. Because of its supreme greed, Ophidian hates its servitude to Agent Orange. 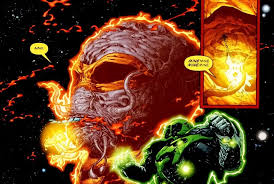 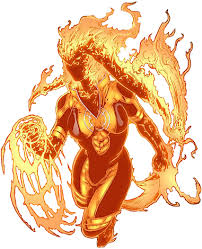 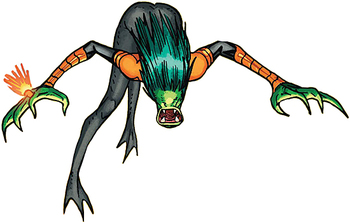 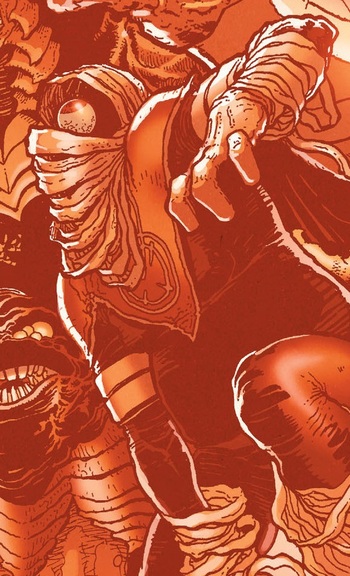 (See "Green Lantern Corps"; in the "Guardians of the Universe" folder) - Guardian of the Orange Lantern Corps, ever since she promised her servitude to Larfleeze to get his help during the Blackest Night. 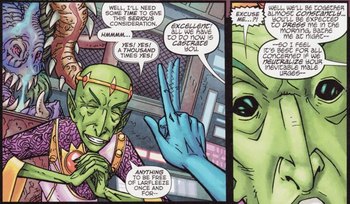 Snarky Coluan butler and Only Sane Man to Larfleeze, he was first introduced in the backup strips in Threshold.