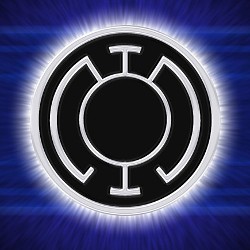 Emotion: Hope
Leaders: formerly Ganthet and Sayd; currently Saint Walker
Base of Operations: Formerly Odym and Elpis; currently none.
Entity: Adara
In fearful day, in raging night,
With strong hearts full our souls ignite,
When all seems lost in the War of Light,
Look to the stars—for hope burns bright!

The second of the new colors to be harnessed. The Oans Ganthet and Sayd left the Guardians of the Universe due to disagreement over what to do about the coming war of colors and the Blackest Night prophecy. Blue Lanterns are few in number as the selection process goes slowly, and they have a symbiotic relationship with the Green Lanterns. The Blue Light of hope is of little use on its own, allowing only flight and personal forcefields (and sometimes healing) but in the presence of a Green Lantern, the will of the Green gives hope tremendous power, and the Blue Lanterns can, in turn, supercharge the Green Lanterns. 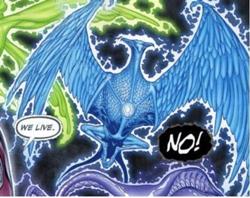 The Hope Entity—the living embodiment of the Blue Light, born from the first prayer and given strength from the hope and faith of every sentient being. The symbol of the Blue Lantern Corps is based heavily on Adara's winged figure. Much like Ion, Adara seems to be a passive influence on its host, merely lending them its great power as opposed to outright possession like Parallax. 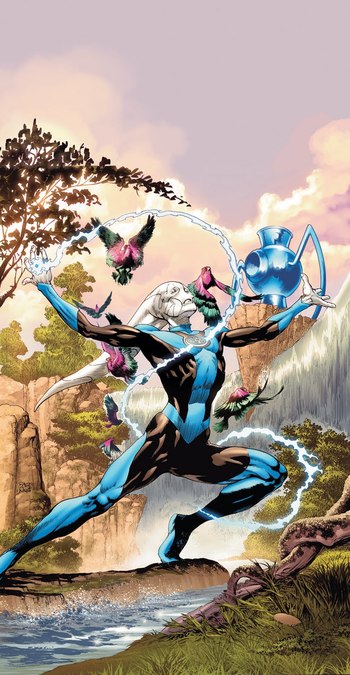 The living saint of the Blue Lantern Corps, Walker of planet Astonia was the very first member inducted into the Corps by Ganthet and Sayd. His planet doomed by its dying sun, Walker and his family set out on a pilgrimage to a mountain summit where, it was prophesied, a messiah would appear. Due to a series of tragic accidents, all of Walker's family died, and when he finally reached the summit, Walker called out in anger that no Messiah was to be found. It was then that he looked into a reflective stone on the mountain summit and realized that he was the messiah. He returned to his distraught people and preached to them until they became peaceful in their final moments before a Blue Lantern Ring found him. Restoring his dying sun and saving his world, Saint Walker traveled to Odym to serve the Blue Lantern Corps. 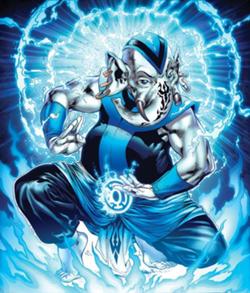 Hand-picked by Saint Walker, Brother Warth is the second Blue Lantern. This serene alien resembles a humanoid elephant bedecked in gold jewelry. Warth aided the Green Lanterns against the Red Lanterns on planet Ysmault. He serves as the primary trainer for Blue Lantern recruits.