A taciturn Collector who hates coils and coil-related technology. He collects illegal coils for Mary in exchange for money and gasoline, which he uses for his old gasoline-powered car. In the past, he was a member of a special-ops, anti-coil military unit named Grendel.

A highly-advanced robot created by Dr. Yurizaki, the founder of New Tesla Energy. Mira considers Dr. Yurizaki as her father and cared for him before meeting Kyoma. After her father's death, Mira works and lives with Kyoma, helping him collect illegal coils.

A shady business owner that frequently hires Kyoma to retrieve illegal coils in exchange for cash and gasoline.

A computer expert and engineer employed by Mary. He doesn't get along with Kyoma, but provides him with information when requested.

The leader of New Tesla's elite investigation team, Qi, and Kyoma's former comrade in arms. Unlike Kyoma, Albert is much more cheerful and easygoing. 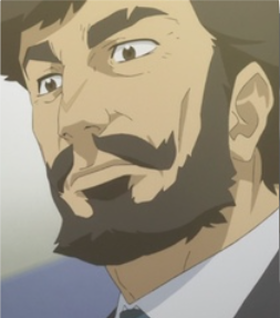 The creator of New Tesla Energy, Yurizaki was responsible for discovering Dimension W and finding a way to tap into its energy with coils. Two years before the series begins, he went into hiding after NTE allegedly murdered his wife and daughter.

Shido Yurizaki's wife, and the woman who created Mira, initially as a replacement body for Kyoma's ill girlfriend.

A charming prince from Africa, as well as CEO of the world's foremost robot producer, Islero. However, he's not nearly as nice as he seems and has something dastardly in mind regarding the Collectors. He challenges the Collectors to meet him on Easter Island in 7 days time after sending Lwai to destroy Four as a demonstration of his power.

Like Salva, Lwai is an African prince and a member of Islero. Unlike Salva, Lwai is cheerful and adventurous, running off to explore the city and learn about Japanese culture. He bumps into Kyoma and ends up dragging the Collector around the city, looking for fun.

A showy Phantom Thief that frequently targets art galleries. He's very popular with the media, but has never actually stolen anything, earning him his name. What the public doesn't know is that he's actually targeting illegal coils hidden inside art pieces. Illegal coils with numbers etched into them...

A Collector that is constantly brimming with curiosity. She figured out that Mira wasn't a normal android right away, pointing out that it was rude to scan people without permission. It turns out that she's Loser's assistant and daughter. 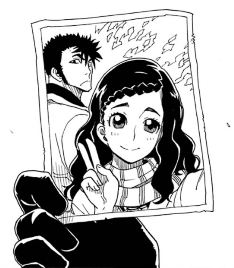 Kyoma's wife, who loves photography. She later lost her life in a coil accident leading to Kyoma's hatred of coils.

A former scientist for New Tesla. He is one of Shido Yurizaki's former students who was expelled for conducting illegal experiments with coils.