As Aware constantly changes scenery, characters don't often stay around for long. The characters listed here are the ones on the Important Faces page, and as such are important to the storyline somehow. Beware of spoilers! 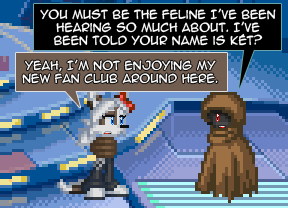 "I feel like I'm missing a lot of context here..."

Full name Két Ara. A snarky, wall-aware feline who happens to be The Hero of the comic. Goes around The Multiverse at Niv's request to find the MacGuffin.
The Author - Niv 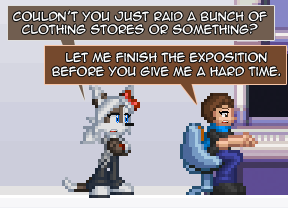 "You're here so I can explain the excuse plot to you." 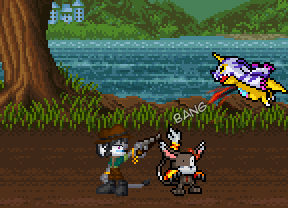 Két: ...Do you solve all of your problems by shooting them?
Damaru: Yeah, basically.

Full name Damion Nexuti, he serves as an antagonistic Foil to Két. A weapons expert who's currently under orders to bring Két back to the Big Bad alive.
The Hunter - Silverado 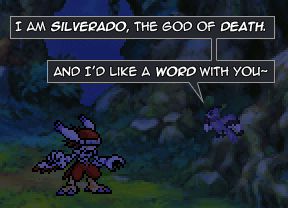 Full name Silverado Limano, he is the God of Death from one of the Crossroad worlds with a huge ego to go along with it. He serves as a dulled down version of Damaru's Mission Control, and like the boy himself, he's under orders to bring Két back to the Big Bad alive.
The Lover - Blair 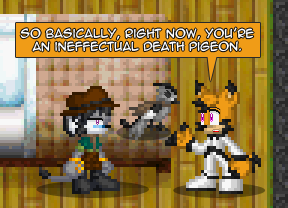 "Well, I haven't got any reason to kill you, so you're safe, for now at least."

Full name Blair Moxie. A wandering psycho with an affiliation for swords and fighting, and also has a major crush on Két.
Advertisement:
The Boss - Silvena 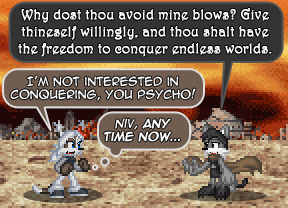 A being only known as Silvena, she serves as the comic's Big Bad. She seems to be obsessed with destruction, and is interested in using Két's body as a means to her goals.
The Wanderer - RP!Két
The Wanderer 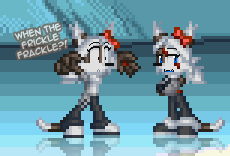 I am what you could be, but I am not your future self.

Full name Két Ara. The Két who comes from rps, she was once a part of Két before Niv split them for plot convenience. Became a Fallen Hero due to events that happened after the split and travels the multiverse for reasons yet to be revealed.
The Benefactor - Mr. Losroo 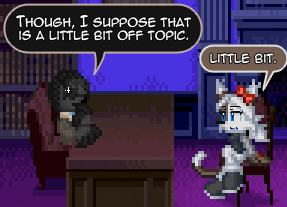 Now, Két. What can I do for you today?

Full name unknown, Mr. Losroo is a careful and charming man who owns and runs Lost Rooster, Inc., a newspaper company that operates in World [13-x], aka Trinus. He is as friendly as he is enigmatic, and for each question he answers another springs up in its place.