open/close all folders
Junichi Tachibana
Voiced by: Tomoaki Maeno
Our male protagonist, Junichi's heart was broken two years ago when he was stood up by a girl on their supposed Christmas Eve date. Now a high school sophomore, he spends his days in his closet planetarium and mostly spending time with his two good friends, Masayoshi Umehara and Kaoru Tanamachi.
Haruka Lovely Morishima 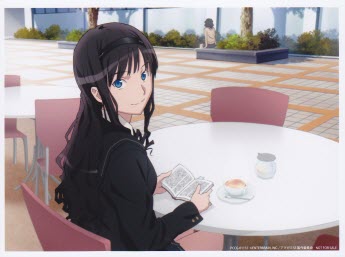 Voiced by: Shizuka Itō
School idol Haruka has been confessed to by countless men, all of whom she rejected. She likes cute things, but has a soft spot for puppies. Her best friend is the captain of the school's Swim Team, Hibiki Tsukahara.
Advertisement:
Kaoru Tanamachi 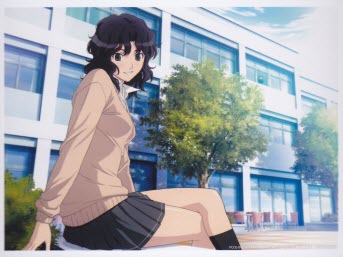 Voiced by: Rina Sato
Junichi's good friend from middle school. Kaoru works at a family restaurant as a waitress to help support her single mother. Had the distinction of being nicknamed as The Nuke/Warhead of Kibitou in middle school due to her Hot Bloodedness.
Sae Nakata 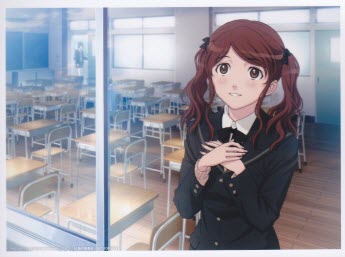 Voiced by: Hiromi Konno
Miya and Ai's classmate. Sae had only studied at exclusive all-female schools in her life until she transferred to Kibitou High in her first year, making her incredibly shy around men.
Ai Nanasaki 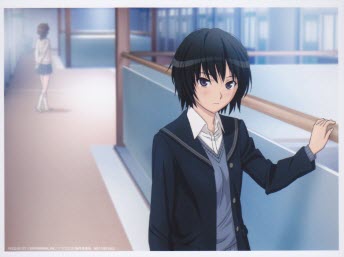 Voiced by: Yukana
A freshman on the Swimming Team and a classmate of both Miya and Sae. A very calm and humble girl, she is seen as her team's ace swimmer.
Rihoko Sakurai 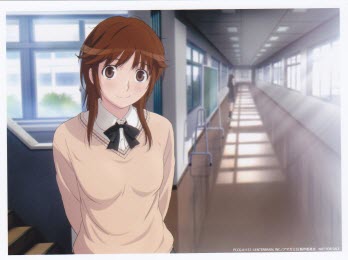 Voiced by: Ryoko Shintani
A second year and Miya and Junichi's childhood friend obsessed with eating and dieting. She is also a member of the Tea Club.
Tsukasa Ayatsuji 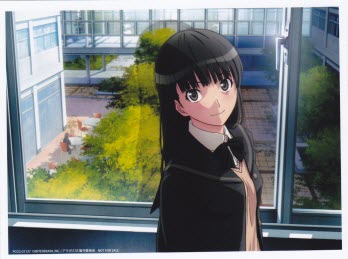 Voiced by: Kaori Nazuka
A second year and Class Representative of Junichi's class, as well as the committee head of the Founder's Festival Committee for the current year. She is hard-working, takes on jobs no one wants to do, and is generally an outstanding student. She is very popular due to this, and teachers find themselves relying on her more often than not... except this turns out to be but a facade for a meaner side.
Advertisement:
Miya Tachibana 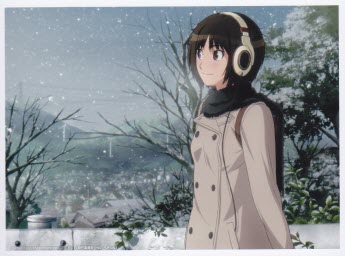 Voiced by: Kana Asumi
Junichi's younger sister. She affectionately calls him "Nii-nii" but is often chastised by him for this; thus, she calls him "onii-chan" outside the house. She tends to be jealous of girls Junichi spends time with, save their mutual childhood friend Rihoko. Her favorite food is nikuman (pork buns).
Maya Takahashi
Voiced by: Risa Hayamizu
Homeroom teacher for Junichi's class.
Masayoshi Umehara
Voiced by: Takuma Terashima
Junichi and Kaoru's best friend.
Kanae Itou
Voiced by: Yuki Matsuoka
A friend of Rihoko.
Keiko Tanaka
Voiced by: Mai Kadowaki
A friend of Kaoru, who (with Junichi) gave her love advice.
Advertisement:
Hibiki Tsukahara
Voiced by: Yuu Asakawa
Captain of the school's Swimming Team.
Ruriko Yuzuki
Voiced by: Izumi Satou
Rihoko's senior and a member of the Tea Club.
Manaka Hiba
Voiced by: Hitomi Harada
Ruriko's friend and another member of the Tea Club.
Yukari Ayatsuji
Voiced by: Aiko Igarashi
Tsukasa's older sibling.
Risa Kamizaki
Voiced by: Mai Kadowaki
A girl who was in love with Junichi since grade school.
Mika Makihara
Voiced by: Hitomi Harada
The girl who stood Junichi up two years ago. She appears in Episode 25 of the anime.
Jessica Sexy Morishima
Voiced by: Shizuka Itō
Haruka Morishima's 1-year-older cousin from Britain who comes over for a visit. Like Haruka, she's part British, in fact she appears to be a blonde version of Haruka. Appears in the Amagami SS+ series.