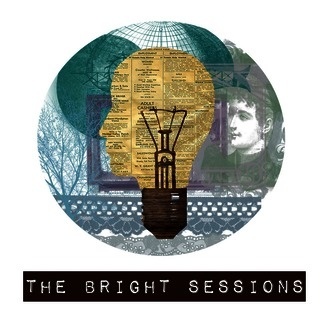 The Bright Sessions is a science fiction Radio Drama focusing on psychologist Dr. Joan Bright and her super powered patients.

It begins as simple recordings of Dr. Bright's sessions with her patients but gradually grows as events move beyond the four walls of her office. It neatly avoids most Hollywood Psychology, actively averting many Freud tropes in the first episode.

The Bright Sessions is written by Lauren Shippen and produced by Atypical Artists. It premiered in November 2015. On September 15, 2016, they had a crossover with ars PARADOXICA called The Intrusion. The podcast concluded its original run in June 2018.

A series of bonus episodes called The Bright Sides was released following the finale of the show proper, after a successful Patreon fundraiser. This was followed by a spin-off series, The AM Archives, premiered exclusively on Luminary for members with premium accounts on April 24, 2019. Included in The AM Archives was a mini-series titled Order & Chaos. This was followed by another spin-off, The College Tapes, which premiered on September 30, 2020 and was released in real-time.

Episode audio and transcripts can be found on the official website.