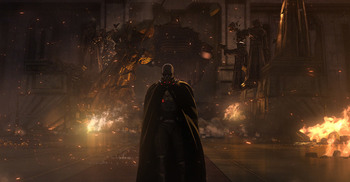 "You were decieved, and now your Republic shall fall!