Visual Novel / The Crown & the Flame 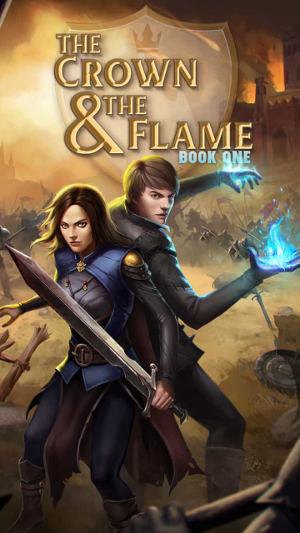 Left to right: Kenna and Dominic

The Crown & the Flame is part of a series of Visual Novels by Pixelberry (of High School Story and Hollywood U Rising Stars) for iPhone and Android, released under the app title Choices: Stories You Play (you download the app and have access to multiple distinct visual novels).

The story follows Kenna Rys and Dominic Hunter after the fall of the former's kingdom. Kenna, now exiled, must survive long enough to build an army to take back her kingdom, while Dom helps in any way he can while hiding among the kitchen staff of the new usurpers.

The Crown & the Flame contains examples of...