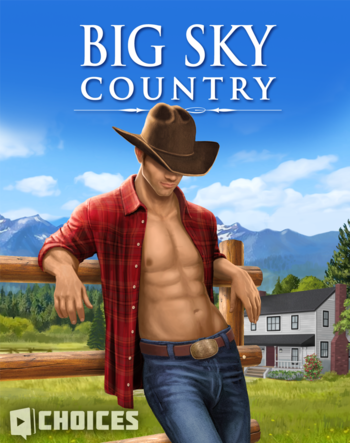 Big Sky Country is one of the many books of Pixelberry's Choices: Stories You Play collection.

When your car breaks down in rural Montana, you're stranded on the roadside... until a certain cowboy comes riding up.