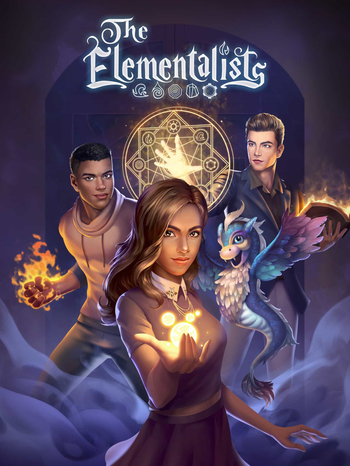 The Elementalists is one of the many books of Pixelberry's Choices: Stories You Play collection. It released its first chapter on October 24 2018, and has two books and a Winter Special.

You're just an ordinary college student with a longing dissatisfaction with life. One day, you discover you're able to push your hands into the mirror and enter an alternate universe. In it, you're a new freshman at Penderghast University, a school for learning about Magicks. But you seem to be under threat... a strange creature attacks you on your first day.