Characters / The Crown & the Flame 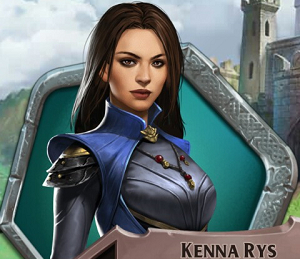 The protagonist of the series and Queen of Stormholt. Kenna is forced into exile after the Nevrakis family murders her mother and takes over the castle, and vows to take back her home and free the Five Kingdoms from Luther's control. The series follows her as she becomes a powerful queen and legend in her own right. 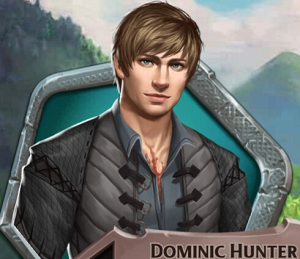 A fire-wielder who was raised in Stormholt. He is in love with Kenna Rys.
Book I Recruitable Allies 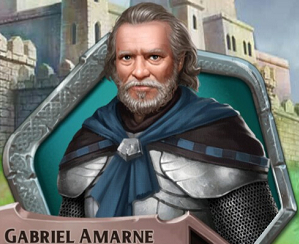 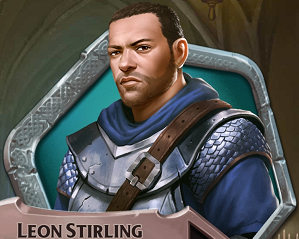 A former Captain of the Royal Guard of Stormholt who serves as Kenna's guardian after Gabriel's death. 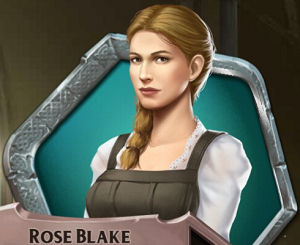 A maid whose mother Margaret adopted Dom as a child. 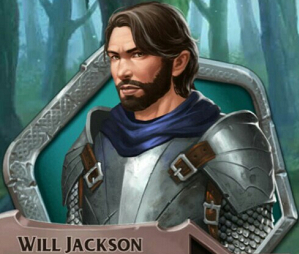 A former Stormholt soldier who joined a band of mercenaries after his family starved to death. 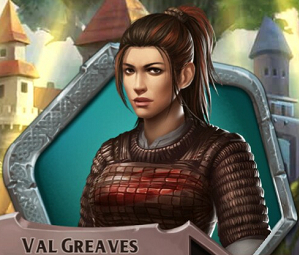 A mercenary who frequently accompanies Kenna since her encounter with mercenaries. 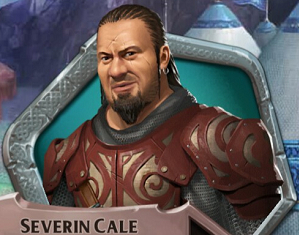 A bloodthirsty mercenary who attempted to sell Kenna to Marco for a profit. 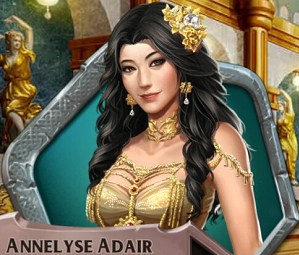 The Queen of Aurelia, a prosperous city-state east of the Five Kingdoms. 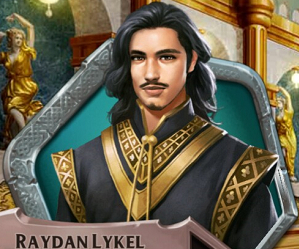 A spy and assassin from Aurelia, he is actually from Lykos, the home of the Nevrakis family. 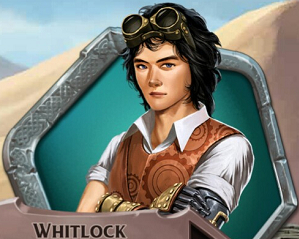 The leader of the Technocrats. 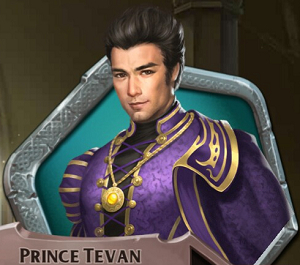 The Crown Prince of the Kingdom of Fydoria. 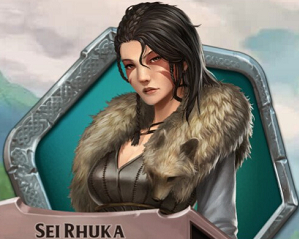 A fire-wielder who Dom first meets in Stormholt's dungeon. Initially held captive by Hex, she eventually becomes an ally of Dom and Kenna. 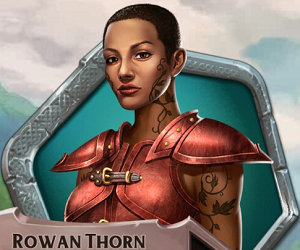 The rightful ruler of Thorngate.

Sei's grandfather and a powerful fire-wielder who helps Dom and Sei master their fire-magic and find their dragons.
* The Mentor: He takes Dom under his wing and prepares him for the Spiritual World. 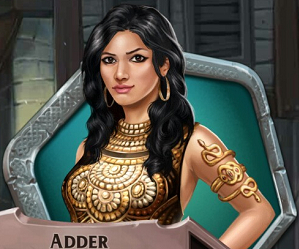 The Queen of the Lykos Underworld. She is also Raydan's sister. 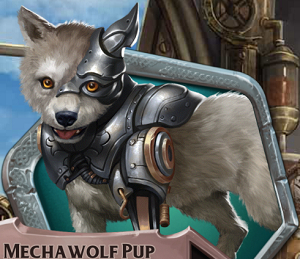 An injured wolf pup Queen Azura revives, with the premium option to recruit it. 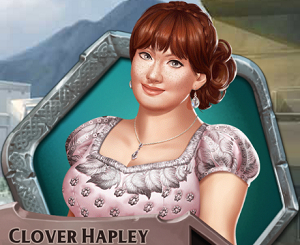 One of Azura's servats at Ducitora. Kenna has the option of convince her to join their side and save herself from her eventual fate. 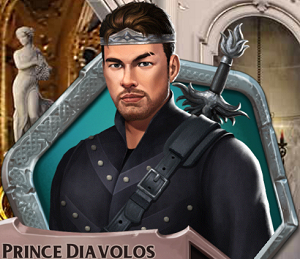 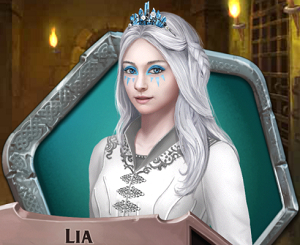 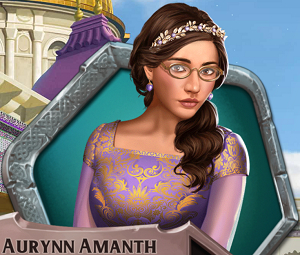 Daughter of King Amanth Drammir of Fydoria. She is the Princess of Fydoria (Queen only if Tevan is dead in Book 1). 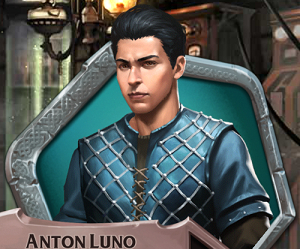 A fire-wielder who grew up with Sei. He is being mind-controlled by Hex.
Antagonists 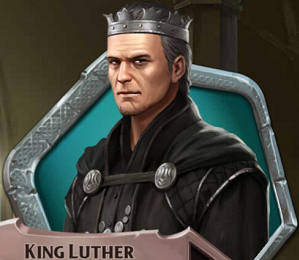 King of Abanthus and the Big Bad of Books 1 and 2. 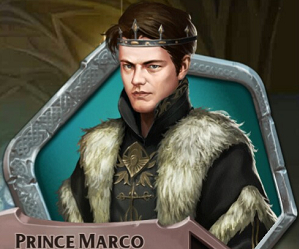 Luther's son, whom Luther put in charge of Stormholt after seizing it from the Rys family.

A sadistic man who is in the employ of Luther Nevrakis. He enjoys torturing and killing his victims. 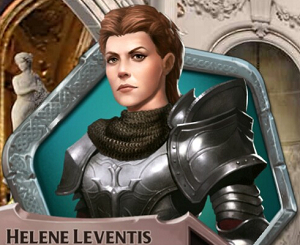 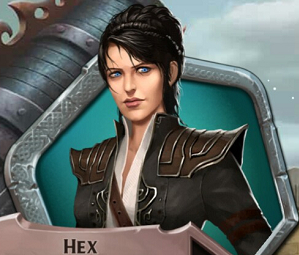 A rogue Technocrat who is set on making the world a better place through bloodshed and destruction.

King Luther's brother and Ruler of Thorngate after the Nevrakis coup.

The iron-fisted ruler of Alriel. 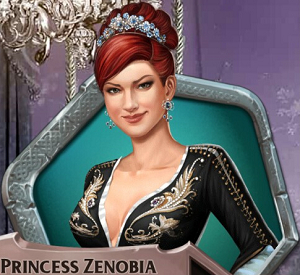 Daughter of Luther and sister of Marco and Diavolos. 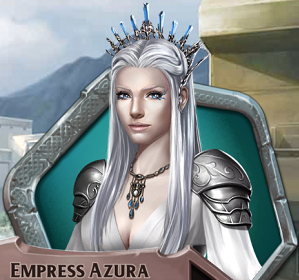 The ruler of Ducitora, A.K.A. the Iron Empire.
Others 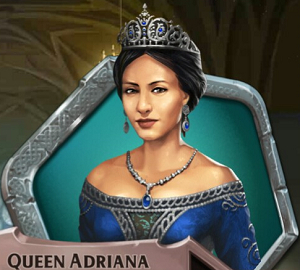 The Queen of Stormholt, and Kenna's mother. She is murdered by Luther's men during Luther's takeover of Stormholt.

Mother of Rose and Trystan. She adopts Dom into her family after Luther Nevrakis' takeover of Stormholt, and is shown to love him as if he were her own son.