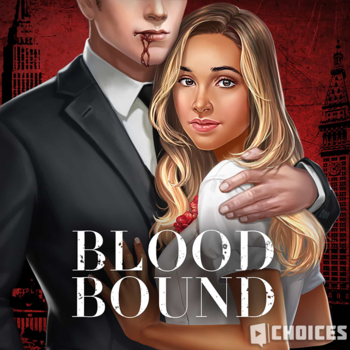 Bloodbound is a Visual Novel that's part of the Choices: Stories You Play collection. You've got a job as an assistant to the CEO of one of the hottest corporations in town, and one night you discover that not only is he a vampire, but that the city has many of them, in their own clans.

It has a werewolf themed spinoff in Nightbound.