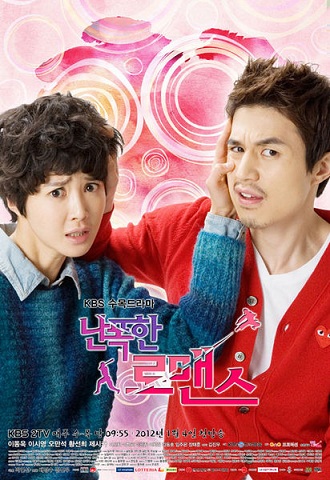 Park Moo Yul (played by Lee Dong Wook) is the arrogant, notorious shortstop of the Red Dreamers. Yoo Eun Jae (Lee Shi Young) is a fiesty young woman who works as a bodyguard. Like her father and brother, she is a big fan of the Blue Seagulls, a rival baseball team to the Red Dreamers.

On her father's birthday, she drunkenly runs into Park Moo Yul at a noraebang and gets into a physical altercation with him. A video of the event shows up all over the internet, forcing Moo Yul's publicist to cover it up by hiring Eun Jae as his personal bodyguard and presenting a tale to the public that Moo Yul's life has been threatened. Unfortunately, Eun Jae and Moo Yul can't really stomach one another. But what are they going to do when Moo Yul begins receiving actual threats?