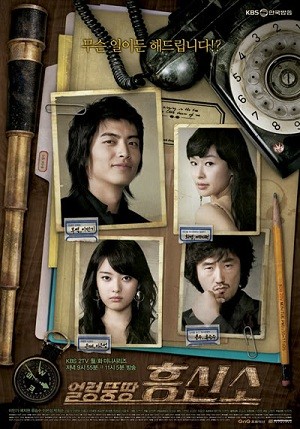 Park Moo Yul, a taekwondo instructor, and Kim Yong Soo, a manhwa store owner, are two slackers. One day, a lady stumbles upon their quarters, reads the old sign outside ("We’ll take on anything you need"), and believes them to be an investigative agency. She offers them money to find her arrogant cat, Honey. Entranced at the idea of making a quick buck, the two take on the job.

Their neighbor, fortune-teller Jung Hee Kyung, also enlists their help to find out the "ghost" that's making the eerie noise in their building. Turns out to be Honey and her three little ones, who have made a home in the walls. They also come upon three solid gold objects and a withered hand. After reporting it to the authorities, a young woman named Eun Jae comes to them to find out more information about the hand.