A foreign missionary who makes it his goal to convert all of Japan to his Religion of LOVE! Is a big believer in love through superior firepower and boasts some impressive technology. He is based on St. Francis Xavier

, the man who brought Catholicism to Japan.

His name in Devil Kings is Q-ball. 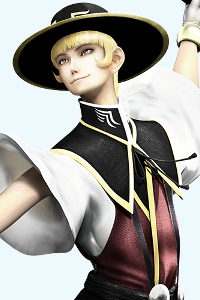 "All together now, let's happy ceremony!"

Introduced in the third game, he is a powerful young daimyo of Kyushu and Xavi devotee, who plans to unify the land under Xavi's religion of LOVE. 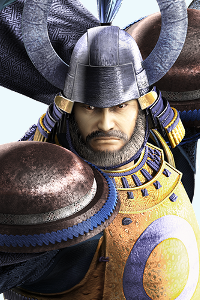 "All people are slaves to something, be it their lord, their general, or some other unfortunate fate..."

New character introduced in the third game. A vassal of the Otomo clan, noted for his bravery and strength both in battle and everyday life.

Muneshige's domineering, currently absent wife, whom he loves and fears in equal parts.