Film / The Most Assassinated Woman in the World 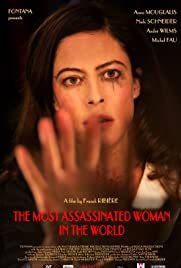 A Netflix Original, The Most Assassinated Woman in the World (French title: La femme la plus assassinée du monde) is a 2018 mystery film loosely based on the life of Paula Maxa, Scream Queen of the Grand Guignol in the 1930s, "the most assassinated woman in the world", being "killed" over 10,000 times on-stage in gory fashion. Romantically and professionally pursued by "Jean" of Le Petite Journal, a reporter for a local newspaper, Paula is also dealing with an obsessive stalker who leaves her messages stating that they plan to kill her for real, and tragic memories of her murdered sister.