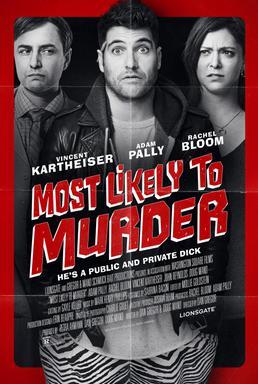 Most Likely to Murder is a 2018 comedy mystery film directed by Dan Gregor.
Advertisement:

Billy Green (Adam Pally) returns to his hometown of Valley Stream, New York, where he was the most popular kid in high school. Shortly after he arrives, the old woman across the street dies in her sleep. Billy thinks she was murdered by her son, former unpopular kid Lowell Shapiro (Vincent Kartheiser), and investigates with the help of his best friend Duane Douscher (Doug Mand).

Most Likely to Murder contains examples of: