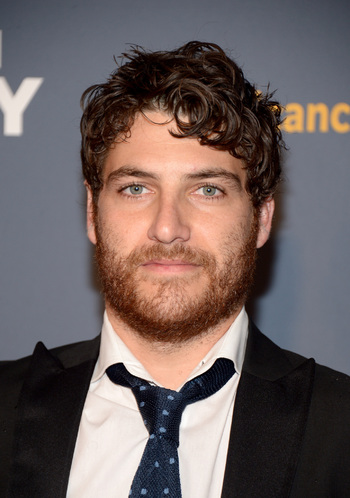 Adam Saul Pally (born March 18, 1982 in New York City) is an American comedian, actor, and writer. He is best known for the television shows Happy Endings and The Mindy Project, and for the movie Taking Woodstock. He and Happy Endings co-star Casey Wilson were friends at New York's Upright Citizen's Brigade Theatre years before they were cast on the show, and have continued to do comedy shows together since its cancellation.
Advertisement:

Pally is married to Daniella Anne Pally and the couple have three children.