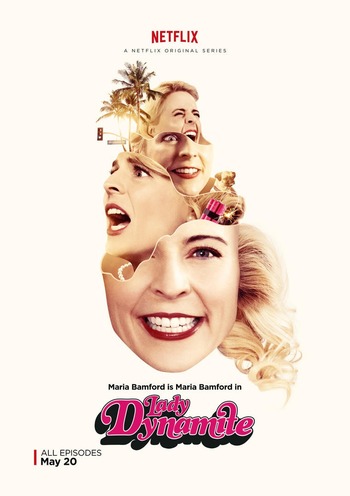 Lady Dynamite is an American television comedy series created by Pam Brady and Mitch Hurwitz, on Netflix. The series stars Maria Bamford, and is loosely based on her life. Stand-up comedian/actress Maria Bamford (portrayed by herself) moves back to Los Angeles after spending six months away in recovery for bipolar disorder and attempts to build up her life from scratch with the help of her agent Bruce Ben-Bacharach (Fred Melamed). Throughout the entire first season, flashbacks are employed to gain an insight on Maria's backstory and her relationships with her family and friends.

The eight episodes of the second season debuted November 10, 2017, and it was announced in January of 2018 that the show would not be further renewed.

I don't know what I'm doing, more than half of the time...