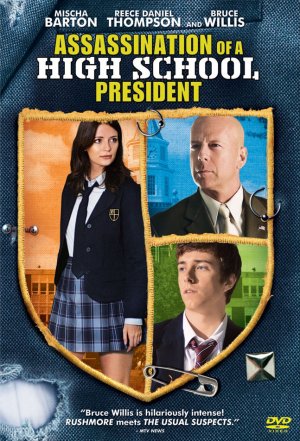 Think Chinatown for the teenage set.

While investigating the theft of his Catholic high school's SAT exams, sophomore newspaper reporter Bobby Funke (Reece Thompson) uncovers an even bigger conspiracy. But will anyone believe him when he accuses the class president? Director Brett Simon's comic noir co-stars Mischa Barton and Bruce Willis as the unbalanced Principal Kirkpatrick, a shell-shocked Desert Storm veteran.

Assassination of a High School President provides examples of the following tropes: