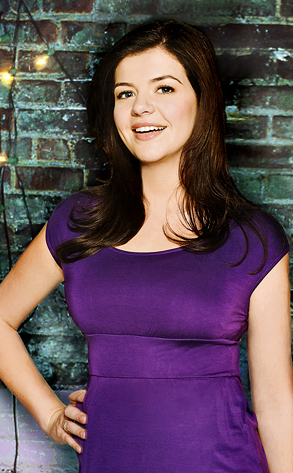 Actress and comedian, born October 24, 1980 in Alexandria, Virginia, best known for her season and a half on Saturday Night Live (replacing Maya Rudolph, who left SNL when production stopped due to the WGA strike of 2007-2008), as well as appearing in such movies as Julie & Julia, The Brothers Solomon, and The Great Buck Howard. Started her career in New York's Upright Citizens Brigade Theatre. She was a regular on the ABC Sitcom Happy Endings.

Despite her short time on SNL, she did attain some popularity for her impression of Katy Perry and her performance as Dusty Velvet, a stripper who was paralyzed from the neck down following a Tilt-a-Whirl accident, but (with the help of her manager (played by Ashton Kutcher), still continues performing.

This comedian's works provides examples of: