Characters / Once Upon A Time Emma Swan 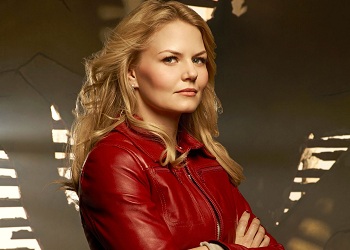 Emma Swan: "You wanna change things? You're gonna have to go out there and change them yourself because there are no fairy godmothers in this world."
Played By: Jennifer Morrison, Abby Ross (teen), Mckenna Grace (child)
Centric Episodes: “Tallahassee”, “The Heart of the Truest Believer”, “Snow Drifts”, “There’s No Place Like Home”, “Breaking Glass”, “Shattered Sight”, “Lily”, “The Dark Swan”, “Dreamcatcher”, “Birth”, “Broken Heart”, “Firebird”, “Tougher Than the Rest”
Advertisement:

A bail bondswoman and bounty hunter, Emma is the long-lost daughter of Snow White and Prince Charming. Her own son, previously given up for adoption, brings her back to Storybrooke so she can end the Dark Curse.