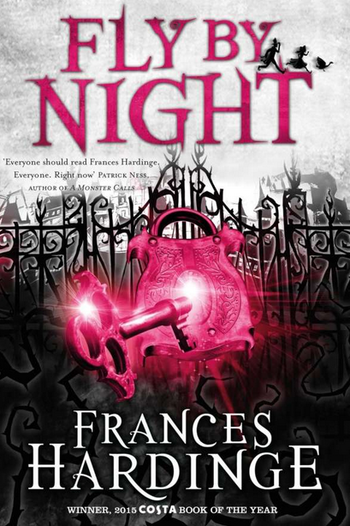 A children book series by Frances Hardinge consisting of two books about the (mis)adventures of one Mosca Mye, a twelve-year-old girl with a passion for books and intrigues, her not-so-willing accomplice Eponymous Clent, a conman/travelling poet, and a goose named Saracen, whose thirst for blood more than compensates for Clent's unwillingness.
Advertisement:

Not to be confused with Nightflyers, a 2018 Syfy miniseries based on a novella from George R. R. Martin. Or with 1997's film The Night Flier, based on the story of the same name from Stephen King.